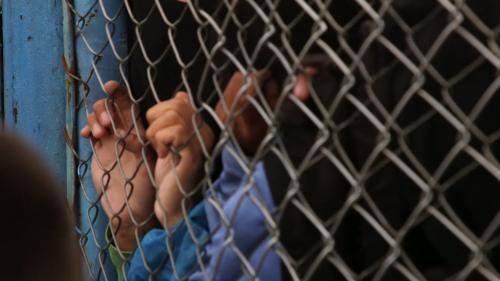 Canada is failing to take adequate steps to assist and repatriate dozens of Canadians unlawfully detained in dire conditions for alleged Islamic State (also known as ISIS) links in northeast Syria, Human Rights Watch said in a report released today. The government should promptly repatriate all its detained citizens for rehabilitation, reintegration, and, as appropriate, prosecution.

The 92-page report, “‘Bring Me Back to Canada’: Plight of Canadians Held in Northeast Syria for Alleged ISIS Links,” says that Canada has not brought home any of the estimated 47 Canadians – 8 men, 13 women, and 26 children – detained for more than a year in overcrowded, filthy, and life-threatening conditions. Most of the children are under age 6, including a 5-year-old orphan. Since March 2020, Canada has repatriated 40,000 other citizens from 100 countries in response to the Covid-19 pandemic, including 29 from Syria.

“Bring Me Back to Canada”

“If Canada can bring home tens of thousands of citizens from around the world in a matter of weeks, surely it can find a way to repatriate fewer than 50 others trapped in horrific conditions in northeast Syria,” said Letta Tayler, senior crisis and conflict researcher at Human Rights Watch. “The lives of Canadians are on the line, and the time to bring them home is now.”

Canada appears to be withholding effective consular assistance to the detainees based on their suspected links to ISIS, which could amount to unlawful discrimination. Canada’s Consular Services Charter says that Global Affairs Canada – its foreign affairs ministry – is committed to providing “emergency assistance to Canadians 24/7.” Yet, relatives in Canada and Western Europe and detainees interviewed in northeast Syria told Human Rights Watch that despite their repeated pleas for help and offers to care for repatriated children, Global Affairs’ assistance was inadequate at best.

“They just keep moving the goal posts further and further back,” said an uncle of Amira, the orphan, about trying to get Canada’s help to bring her home.

The Canadians are frequently ill, and most are traumatized, family members and detainees said. Three of the adults say that ISIS imprisoned them. One said ISIS captors raped her and she is on a “kill list” for not supporting the group. Another said he was tortured in a prison run by the Syrian Democratic Forces (SDF), a United States-backed, anti-ISIS armed force guarding the foreign detainees. None of the Canadians have been charged with any crime, or even brought before a judge to review the legality and necessity of their detention.

The Canadians are among nearly 14,000 non-Iraqi foreigners from more than 60 countries held in northeast Syria for suspected ISIS links. In makeshift prisons for men and boys, conditions are inhuman, with detainees packed in so tightly that many must sleep shoulder to shoulder.

In locked camps holding women, girls, and younger boys, tents collapse in strong winds or flood with rain or sewage. Wild dogs prowl. Drinking water is often contaminated or in short supply. Latrines are overflowing, garbage litters the grounds, and illness is rampant. Many detainees are terrified that the armed conflict in northeast Syria will spill into the camps.

Health care is grossly inadequate. In the prisons, more than 100 and possibly several hundred detainees have died since mid-2019, many from lack of care, Human Rights Watch found. The Kurdish Red Crescent reported that at least 517 people, 371 of them children, died in 2019, many from preventable diseases, in al-Hol – the larger of 2 camps for women and children. Canadian detainees said they have not received gear to protect them from Covid-19.

The Kurdish-led authorities have urged countries to repatriate their nationals, saying they lack the capacity to properly guard and manage them. Hundreds have escaped.

In a letter to Human Rights Watch, Canadian Foreign Affairs Minister François-Philippe Champagne said Canada’s efforts help the detainees are hampered because it has no consulate in Syria, and it deems northeast Syria too dangerous for government officials to enter.

But at least 20 other countries, including Canadian allies such as Australia, Germany, the United Kingdom, and the US, have repatriated some or many of their nationals from these same camps and prisons – France as recently as June 21 – Human Rights Watch said. The US military has created a task force to help countries repatriate detainees. Canada acknowledges it has a “channel” to communicate with the Kurdish-led authorities about the detainees and is part of the Global Coalition Against ISIS, which has close ties with the SDF.

Canada should promptly increase communication with the detainees as well as their relatives in Canada or abroad, verify citizenship, issue citizens travel documents, and provide or coordinate safe passage to Canadian consulates or territory, Human Rights Watch said. In the meantime, it should work with humanitarian groups to get its citizens essential aid.

With plans stalled for trials by local authorities, innocent Canadians, including young children, risk being indefinitely detained without charge. And any Canadian detainees linked to serious ISIS crimes may never face prosecution, denying victims their right to redress.

While repatriations may involve challenges, Canada has a duty to take all necessary and reasonable steps to assist nationals abroad facing serious abuses including risks to life, torture, and inhuman and degrading treatment, Human Rights Watch said. Children who lived under ISIS and any women trafficked by ISIS should be treated first and foremost as victims.

The indefinite detention without charge of the Canadians amounts to guilt by association and collective punishment, prohibited under international law. The inhuman or degrading treatment in the camps and prisons may constitute torture. Countries must ensure acquisition of nationality for an otherwise stateless child, including abroad, as soon as possible.

“Abandoning citizens to indefinite, unlawful detention in filthy, overcrowded, and dangerous camps and prisons does not make Canada safer,” Tayler said. “Instead, it can fuel despair and violent radicalization, and punishes innocent children for any crimes of their parents.”

Your tax deductible gift can help stop human rights violations and save lives around the world.