US Barriers to Asylum Block Path to Safety
Published in 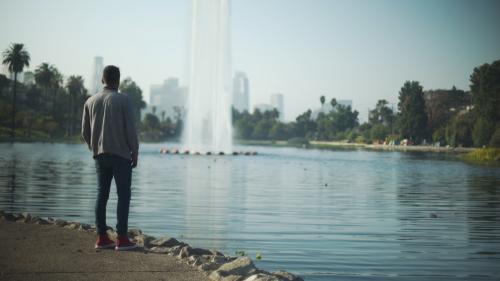 (Washington, DC) – The governments of El Salvador, Guatemala, and Honduras have failed to effectively address violence and entrenched discrimination against lesbian, gay, bisexual, and transgender (LGBT) people, leading many to seek asylum in the United States, Human Rights Watch said in a report released today. Yet policies by the administration of US President Donald Trump have made it almost impossible for them to obtain asylum.

“Every Day I Live in Fear”

Violence and Discrimination Against LGBT People in El Salvador, Guatemala, and Honduras, and Obstacles to Asylum in the United States

The 152-page report, “‘Every Day I Live in Fear’: Violence and Discrimination against LGBT People in El Salvador, Guatemala, and Honduras, and Obstacles to Asylum in the United States,” documents violence experienced by LGBT people in the three Northern Central American countries collectively known as the Northern Triangle, including at the hands of gangs, law enforcement officials, and their own families. Human Rights Watch found that Northern Triangle governments fail to adequately protect LGBT people against violence and discrimination, and that they face major obstacles if they attempt to seek asylum in the United States.

“LGBT people in the Northern Triangle face high levels of violence that their own governments appear unable or unwilling to address,” said Neela Ghoshal, senior LGBT rights researcher at Human Rights Watch. “For some LGBT people in the region, seeking asylum in the United States is the only hope of safety, but the Trump administration has blocked them at every turn.”

Human Rights Watch interviewed 116 LGBT people from the three countries. Some described violence by family members, leading them to flee home as young as at age 8. Others described bullying and discrimination that drove them out of school. Many said family rejection and discrimination led to economic marginalization, particularly for trans women, and poverty was likely to increase the risk of violence.

LGBT people sometimes face violence and discrimination from the very law enforcement agents charged with keeping them safe. Carlos G., a gay refugee who traveled to the United States from Honduras in 2018, said that gang members there shot him, telling him: “Today you’re going to die, faggot.” He was afraid to report the incident to the police, who had previously harassed him for being gay and demanded sexual favors. Carlitos B., a non-binary person from Guatemala, fled after their brother assaulted and threatened to rape them. When Carlitos reported to the police, they laughed at Carlitos’s gender expression.

Pricila P., a trans woman from El Salvador, said police forced her off a bus and beat her. “One of the police officers grabbed my testicles and squeezed,” she said. “He said, ‘You’re realizing you’re a man because you feel pain.’ He said that I would become a man by force.” She fled to the United States in 2019, after gang members assaulted her, abducted her gay friend, and warned her that she would be next.

None of the three countries has comprehensive civil law protections against discrimination, Human Rights Watch said. While Honduras outlaws employment discrimination on the grounds of sexual orientation and gender identity, activists said they know of no cases in which the law had been enforced. In Guatemala, a pending Life and Family Protection Bill could be used to justify discriminatory denial of services on “freedom of conscience” grounds.

Given the persecution that many LGBT people face in the Northern Triangle, the US government should rigorously protect their ability to safely enter the United States and apply for asylum. Instead, the US government has increasingly closed doors to them with a series of policies that restrict access to asylum and that narrowly interpret the refugee definition in ways that exclude LGBT people from protections they previously enjoyed.

In March 2020, the US government entirely closed its land borders to asylum seekers based on the pretext of Covid-19, leaving them to suffer persecution in their home countries or be stranded in Mexico. In June, the US Departments of Justice and Homeland Security proposed a major regulatory change to the US asylum system that would severely restrict LGBT people’s ability to be granted asylum by barring asylum on the basis of “gender.” In September, the Justice Department issued yet another regulation that puts asylum even further beyond their reach, tightening time limits on asylum applications and allowing immigration judges to introduce their own evidence into asylum cases, even if such evidence reflects biases such as anti-LGBT prejudice.

These policies followed other severe measures the Trump administration has taken to prevent asylum seekers from ever reaching the United States and to limit their access to asylum if they do, including family separation; prolonged detention; the “Remain in Mexico” program; an expedited asylum review process allowing for little or no contact with lawyers; an attempt to bar asylum seekers who transited through third countries before arriving at the US border; and a policy of transferring Salvadoran and Honduran asylum seekers to Guatemala, where they lack effective protection. Among the asylum seekers affected by all these measures are LGBT people, who may be particularly at risk of violence and discrimination in northern Mexico.

“The governments of El Salvador, Guatemala, and Honduras need to stem rampant anti-LGBT violence and ensure that laws and policies protect LGBT people from persecution, including by police,” Ghoshal said. “As long as LGBT people continue to experience threats to their lives and safety based on their identity in their countries of origin, the US should welcome them with open arms, rather than slamming the door on them.”

Ecuador’s Assembly Approves Bill Furthering the Right to Health Transgender, Third Gender, No Gender: Part II Bolivia: Civil Registries Should Recognize Same-Sex Unions
“Every Day I Live in Fear”
“They Treated Us in Monstrous Ways”
“My Teacher Said I Had a Disease”