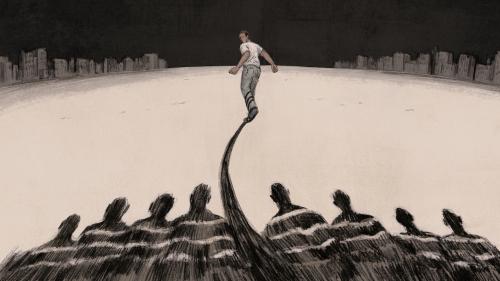 (New York, July 31, 2020) – Probation and parole are promoted as alternatives to incarceration that help people get back on their feet, but instead feed bloated jail and prison populations in the United States, Human Rights Watch and the American Civil Liberties Union (ACLU) said in a joint report released today.

The 225-page report, “Revoked: How Probation and Parole Feed Mass Incarceration in the United States,” finds that supervision – probation and parole – drives high numbers of people, disproportionately those who are Black and brown, right back to jail or prison, while in large part failing to help them get needed services and resources. In states examined in the report, people are often incarcerated for violating the rules of their supervision or for low-level crimes, and receive disproportionate punishment following proceedings that fail to adequately protect their fair trial rights.

In 1999, when I was 18 years old, I got arrested for drug possession and sentenced to four years of probation.

I served 2 and a half years in prison for violating my probation and then got another two years of probation on top of that.

Since then cops arrested me multiple times. Each time, the courts dismissed the charges. But the judge kept sentencing me to more probation.

Right now, I’m 39 years old and I'm still serving the same probation sentence from when I was 18. I've been on probation pretty much have my life.

Probation and parole are marketed as alternatives to incarceration that help people get back on their feet.

But in reality, these forms of supervision are feeding mass incarceration.

Many people on probation or parole will end up in jail or prison for breaking the rules of their supervision.

…Rules that can set people up to fail.

Given decades of systemic discrimination, people of color are disproportionately under supervision and face harsh sentences for minor slip-ups.

These days I'm working at a job. I have full custody of my daughter. Things are coming together, but there's always a possibility you end up going back to jail when you're on probation.

For someone who's never know probation, it is a lot of anxiety. It can deter you from getting certain jobs. The company’s going to say “Oh you’re going to be missing days 'cause you have to go see your probation officer.”

No real freedom even right now. You think you're getting a deal when you're on probation, but then you realize it isn't really helping you.

In America today, 4.5 million people on probation and parole.

This thing that was invented to help people acclimate to society and turn their lives around has now become overly focused on surveillance and a trip wire back into incarceration.

And we need to have way less of it. And what we do have of it needs to be shorter, less focused on technical violations and more focused on services, supports, and opportunities that are going to help people turn their lives around.