India: Remove Hurdles to Justice for Women with Disabilities

Reforms on Sexual Violence Not Implemented for ‘Invisible Victims’
Published in 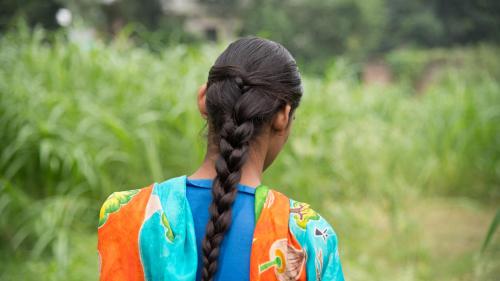 The 61-page report, “Invisible Victims of Sexual Violence: Access to Justice for Women and Girls with Disabilities in India,” details the challenges many women and girls with disabilities face throughout the justice process: reporting abuse to the police, obtaining appropriate medical care, having complaints investigated, navigating the court system, and getting adequate compensation.

After the fatal gang rape of Jyoti Singh Pandey in Delhi in December 2012, the Indian government strengthened laws on sexual violence. The Criminal Law (Amendment) Act, 2013 (the 2013 amendments) includes several provisions to safeguard the rights of women and girls with disabilities and facilitate their participation in investigative and judicial processes.

In a November 2017 report on barriers to justice and support services for sexual assault survivors in India, Human Rights Watch found that women and girls who survive rape and other sexual violence often suffer humiliation at police stations and hospitals. Police are frequently unwilling to register their complaints, victims and witnesses receive little protection, and medical professionals still conduct degrading “two-finger” tests. These obstacles to justice and dignity are compounded by inadequate health care, counselling, and legal support for victims during criminal trials.

For Indian women and girls with disabilities, who face a higher risk of sexual violence, the challenges are even greater. Women with physical disabilities may find it more difficult to escape from violent situations. Those who are deaf may not be able to call for help or easily communicate abuse. Women and girls with intellectual or psychosocial disabilities may not know that non-consensual sexual acts are a crime and should be reported. Stigma related to their sexuality and disability compounds these challenges.

“Kanchana,” a 19-year-old woman with an intellectual disability from a village in West Bengal, was raped several times in 2013 by a local man. Kanchana was not aware that she should report being raped, which was only discovered when she was five-months’ pregnant. And her intellectual disability made it difficult to explain to the police what had happened.

Access to Justice for Women and Girls with Disabilities in India

Human Rights Watch found that few police officers have the training or expert support needed to handle these cases. In some cases, police excluded women and girls with disabilities from specific assistance guaranteed by the 2013 amendments because of survivors’ inability to certify a disability. In other cases, police failed to include needed details in their First Information Report (FIR). Police also rarely provided information on the right to free legal aid or legal aid services to survivors or their families.

India’s criminal justice system has largely failed to implement the 2013 amendments, such as providing police and judicial trainings to create an enabling, supportive environment for survivors with disabilities. Some states have adopted good practices, but they are exceptions, not the norm.

To improve interaction with the police and the judicial process, women and girls with disabilities may need procedural and age-appropriate accommodations, and other support depending on their disabilities. This could include access to sign-language interpretation, the presence of someone to facilitate communication (a “special educator”), use of simple language, and the option to file reports in braille.

“Razia,” a 13-year-old girl with an intellectual disability and difficulties speaking, found it challenging to recount her rape by her brother’s 17-year-old tutor. A social worker from the Latika Roy Foundation introduced creative techniques, such as using a doll, that helped Razia give a clear and consistent account of the abuse she experienced. Indian law and policies require state governments to facilitate compensation, including in cases where the offender cannot be traced or identified. However, Human Rights Watch found that even in cases of extreme violence, trauma, and economic hardship – including due to childbirth following rape – women and girls with disabilities had difficulties in securing compensation. Compensation is particularly important for women and girls with disabilities and their families from rural areas or marginalized communities.

India’s leadership has repeatedly expressed concern over sexual violence and has said it is committed to reforms. In 2007, India ratified the Convention on the Rights of Persons with Disabilities. In December 2016, the Parliament adopted the Rights of Persons with Disabilities Act, which aims to protect all persons with disabilities from abuse, violence, and exploitation, and articulates specific measures to be taken by appropriate government officials, executive magistrates and the police.

“India has taken important steps to reform the criminal justice system to include women and girls with disabilities, but our new research shows the need for action and implementation,” Goyal said. “The government should act promptly to ensure accommodations and other measures so that women and girls with disabilities are out of the shadows of justice.”

Key provisions of the Criminal Law Amendments, 2013 aimed at enabling the participation of women and girls with disabilities in the criminal justice process include:

Quotes from Rape Survivors and Their Families

“The police asked me very nasty things like how it felt for me. I told them I was totally unconscious, so how would I know? The police said things like, ‘She’s mental, why should I pay attention to her?’”
– “Susmita,” 26, a woman with a psychosocial disability from Kolkata, West Bengal, who reported being sedated and raped by four male neighbors in February 2014

“One day, my teacher was finishing some work on the sewing machine in the veranda and asked me to wait inside the house. I was alone inside and that was when her brother forced himself on me. I did not know that if someone raped me, I could go to the police.”
– “Nafisa,” 19, a woman with difficulties hearing and speaking, Bhubaneshwar, Odisha, who reported rape in September 2016

“We told the police she has a mental disability and she is physically handicapped… You can see her disability but it was still not recorded in the FIR.”
– “Kanika,” sister of “Maneka”, a 15-year-old girl with intellectual and physical disabilities, who reported being raped by two men from her Delhi neighborhood in October 2015

“Due to high illiteracy levels, most women with disabilities have no source of income and are dependent on their families. This makes them easy targets for violence, often by the very people whom they rely on most. In this context, it’s clear why few women with disabilities report sexual violence.”
– Asha Hans, vice president of Shanta Memorial Rehabilitation Centre

“For a constituency that is more at risk of sexual abuse than their peers, women with disabilities are seriously disadvantaged by the criminal justice system. A lot of the focus of advocacy has been more stringent punishments, but none of that makes any sense if women with disabilities cannot participate in proceedings and ensure convictions of perpetrators.”
– Amba Salekar, director of programs at Equals – Centre for Promotion of Social Justice

India: How to Respond to Sexual Violence for People with Disabilities India: Rape Victims Face Barriers to Justice