(Kyiv) – Ultranationalists attacked a Roma settlement near Lviv in western Ukraine on June 23, 2018, killing one person and injuring several, including one child.

According to media reports, this is the sixth attack on Roma settlements in Ukraine in the last two months – one other in Lviv, one in Ternopil also western Ukraine, and three in Kyiv.

“This attack should be a final wake-up call for Ukraine’s police to take decisive action against hate crimes,” said Tanya Cooper, Ukraine researcher at Human Rights Watch. “Radical groups have not been held accountable for their attacks on Roma people, which could not but have emboldened them to commit more attacks. Now someone is dead.” 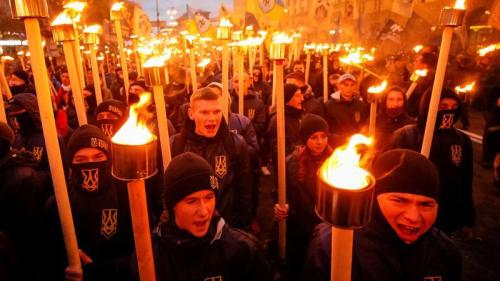 A group of men in masks attacked the settlement, in the woods near Lviv, late in the evening of June 23. Media reports said that the attackers were armed with knives and killed a 24-year-old man, and seriously injured four more people – a 10-year old boy, two 19-year old men, and a 30-year old woman.

The suspects are reported to be members of a radical group called Sober and Angry Youth. Some members of this group have ties to the former volunteer battalion Azov, which fought in eastern Ukraine and is implicated in numerous allegations of unlawful detention, torture, and other abuses.

Police have arrested seven suspects, all Lviv residents. Authorities opened a criminal case into the murder, which carries a prison term of up to 15 years. According to an Interior Ministry spokesperson, the police were also investigating other violations, including offences under part 3 of article 161, which outlaws “violation of equality of citizens due to their racial and national identity or religious beliefs.”

Sergiy Knyazev, the head of Ukraine’s National Police, issued a statement condemning the attack and promising that those responsible would be held accountable. He also said that the National Police and the Interior Ministry were monitoring the investigation. He admitted that such attacks had become more frequent and called the attackers “immoral” and the attack “unjustifiable.”

Since the beginning of 2018, human rights groups have documented at least two dozen violent attacks, threats, or instances of intimidation by radical groups such as C14, Right Sector, Traditsiya i Poryadok (Tradition and Order), Karpatska Sich and others against Roma people, LGBT people and activists and rights activists in several Ukrainian cities.

Media reports indicate that some municipal administrations have recruited people from groups that promote hatred and discrimination to conduct “policing activities” during peaceful protests.

On June 14, Human Rights Watch together with Freedom House, Amnesty International, and Front Line Defenders released an open letter addressed to Interior Minister Arsen Avakov, and General Prosecutor Yuri Lutsenko. The groups condemned the growing number of hate crimes in Ukraine and the impunity for those responsible, calling on Ukraine’s law-enforcement to take urgent steps to stop and punish those responsible for attacks.

The Ukrainian Greek Catholic Church condemned the attack in a statement on its website and called on the authorities to investigate and hold those responsible accountable “so every person in Ukraine regardless of their national, ethnic, and religious identity could feel as a worthy and equal citizen of their country.”

The US embassy in Kyiv and the Commissioner for Human Rights of the Council of Europe also condemned the attack and called for justice.

“The immediate action by Ukrainian police is reassuring, but more needs to be done to stop hate crimes and prevent more deaths,” Cooper said. “Until Ukraine’s law-enforcement starts holding these and other attackers accountable for their crimes, people in Ukraine will not feel protected by the state.”