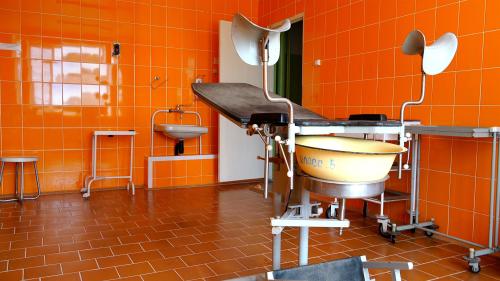 (Washington, DC) – The life and health of anyone who is pregnant in Argentina will be at risk as long as access to abortion and post-abortion care remains heavily restricted, Human Rights Watch said in a report released today. Congress should legalize abortion to protect their fundamental rights, given the insurmountable obstacles they face when trying to access abortion under the limited exceptions authorized by law.

The 77-page report named “A Case for Legal Abortion: The Human Cost of Barriers to Sexual and Reproductive Rights in Argentina,” describes the consequences of the Senate’s rejection of a 2018 bill that would have fully decriminalized abortion during the first 14 weeks of pregnancy. Human Rights Watch documented cases of women and girls who have, since then, encountered an array of barriers to access legal abortion and post-abortion care. The barriers include arbitrarily imposed gestational limits, lack of access to and availability of abortion methods, fear of criminal prosecution, stigmatization, and mistreatment by health professionals.

A Case for Legal Abortion

“Since the Argentine Senate narrowly rejected the 2018 bill to legalize abortion, thousands of women and girls either had to overcome major barriers to access legal abortion or resort to clandestine, often unsafe, abortions that endanger their health and lives,” said José Miguel Vivanco, Americas director at Human Rights Watch. “The Covid-19 pandemic and resulting lockdown have only exacerbated the limited access to reproductive health services, making legalizing abortion more urgent than ever.”

During his presidential campaign, President Alberto Fernández promised to submit a bill to Congress to decriminalize abortion. Since taking office in December 2019, he has publicly supported decriminalizing abortion. One of the first measures by his health minister was to update and improve the “National Protocol for Comprehensive Care of People Entitled to Legal Termination of Pregnancy,” which, if applied properly and consistently throughout the country, would contribute to improving access to comprehensive reproductive and sexual health services.

Submitting the bill was delayed due to the Covid-19 pandemic, but Fernández’s top legal adviser has said that the government hopes to submit it this year.

A nearly century-old “exceptions model” largely bans abortion in Argentina. The only exceptions, under Section 86 of the 1921 criminal code, are when a pregnancy endangers the life or health of a woman or girl, or when it results from rape. In all other circumstances, abortion is illegal and punishable with up to 15 years in prison. The sentence for self-inducing abortion or consenting to have an abortion is up to four years.

Human Rights Watch documented cases of women and girls whose situations fell within the legal “exceptions” but who faced insurmountable barriers to access abortion and post-abortion care. Obstacles included a lack of public information about the scope of legal grounds for abortion; health facilities imposing arbitrary hurdles or waiting periods; health officials illegally requiring production of police reports or court orders to proceed with the procedure under the rape exception; and lack of access to safe and legal methods or lack of nearby health facilities providing abortion services. The invocation of conscientious objection by providers also created severe burdens or delays.

Women, health professionals, and feminist activists said that stigmatization and fear of legal consequences, including criminal prosecution, deter people from seeking – and health professionals from providing – abortions, even when Section 86 of the criminal code exception requirements are met. Women and girls faced abuse and mistreatment, including cruelty and humiliation by healthcare providers, denial of access to legal health services, and violation of medical confidentiality in health care settings.

Access to legal abortion and post-abortion care depends heavily on a person’s location and socioeconomic background, Human Rights Watch found. A lack of clear and consistent regulations across the country has resulted in a patchwork of practices that disproportionately harms people with limited resources or little access to information about their rights.

In addition, the Covid-19 lockdown has made access to any reproductive health care more difficult. Furthermore, the need to visit multiple health centers and travel sometimes for hours to obtain access to services multiplies the risks of contagion.

Criminalizing abortion does not prevent people from ending unwanted pregnancies. It forces them to seek abortions outside the regulation of the state, and many are performed unsafely. Many, particularly those who live in poverty or in rural areas, resort to self-induced abortions or seek assistance from untrained providers.

Unsafe abortions can lead to short- or long-term health problems, and even death. In 2018, Argentina’s National Health Ministry reported 35 deaths from abortion, constituting 13 percent of maternal deaths. Many of these deaths are preventable.

In the latest available statistics, for 2016, 39,025 women and girls were admitted to public hospitals for health complications arising from abortions or miscarriages. Sixteen percent were ages 10 to 19. That is most likely a fraction of the total amount of pregnant people facing health consequences from illegal abortions, as stigmatization and fear of criminal prosecution often keep women who suffer complications from seeking care.

Authoritative interpretations of treaties ratified by Argentina have long established that highly restrictive abortion laws violate the human rights of women and girls, including their rights to life, to health, and not to be subjected to cruel, inhuman, and degrading treatment. As long as Argentina criminalizes abortion, pregnant people will confront unjust difficulties in exercising their rights, particularly those who rely on the public health system, and who live in provinces that lack or do not implement abortion regulations.

Argentina should decriminalize abortion in all circumstances and regulate it in a manner that fully respects the autonomy of those who are pregnant, Human Rights Watch said. Argentina should also ensure that pregnant people have access to legal abortion as currently regulated and that healthcare workers cannot invoke conscientious objection to refuse to perform abortions in public care services in a manner that imposes burdens or delays in accessing legal abortion services.

For selected cases documented by Human Rights Watch, see below.

Veronica R. (pseudonym), 25, was receiving free contraceptive injections at a health facility when, in February 2019, the providers saw she had a new address and told her that, to continue getting free services, she would have to visit a health center closer to home. She went to a health center nearer her home and requested a tubal ligation, she told Human Rights Watch. A gynecologist there told her she was “too young and might want to have children in the future.” The gynecologist, because of his personal beliefs, also refused to provide any form of contraception. Veronica had neither the time nor the resources to find an alternative source of contraceptives, and, in April 2019, she became pregnant. At six weeks pregnant, Veronica sought a legal abortion, citing the health exception, at a clinic in a small provincial city. Healthcare providers there refused, offering no reason, so she went to another clinic, where a healthcare provider told her that she was too far along in the pregnancy to have an abortion there. Veronica became so desperate, she said, that she considered getting hit by a car to end the pregnancy. When she was 20 weeks pregnant, a feminist organization referred her to a medical team that performed the abortion in a city a 4-hour drive from where she lived.

In September 2019, Leticia H. (pseudonym), 19, went to a public hospital in northern Argentina to end a pregnancy caused by rape. She was 17 weeks pregnant. The hospital denied the abortion, citing an informal rule under which the hospital provided abortions only up to 16 weeks. The rule lacked a legal basis. Leticia took medication to induce an abortion, a lawyer involved in the case told Human Rights Watch, but the abortion was incomplete; tissue remaining in her uterus placed her at risk of infection. Recognizing that something was wrong and that she needed medical intervention, Leticia went to a hospital, where health personnel left her waiting for two hours before treating her. Bleeding profusely, she lost consciousness several times in the emergency room corridor. “If you liked having an abortion,” a hospital employee told her, “you’ll now have to wait.”

In November 2018, Carmela Toledo, 23, found out that she was carrying a fetus with anencephaly, a condition that makes it difficult for the fetus to survive. Carmela was 25 weeks pregnant. She went to a public hospital in Buenos Aires province to request a legal abortion, but doctors told her that the bill decriminalizing abortion had not passed and added, falsely, that abortion was completely illegal. They said she had to wait until she was seven months pregnant, so they could say she had had a premature birth. When she was seven months pregnant, health professionals tried unsuccessfully to induce birth. The doctor involved frightened Carmela by outlining the risks of the procedure, including the possibility of difficulties in having a child later. She decided to continue the pregnancy, and whenever she felt the fetus move, she cried. She had a caesarean section at week 41 and delivered a daughter who died eight days later.