Over 400 Killings of Community, Other Leaders Since 2016
Published in 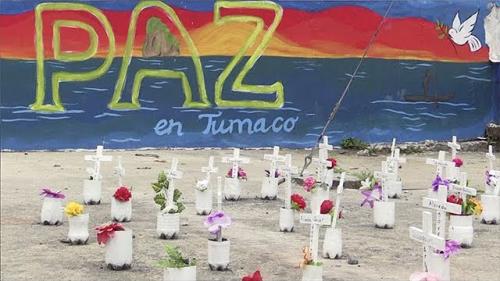 (Washington, DC) – Armed group killings of human rights defenders are pervasive across Colombia, yet the government is dragging its feet in carrying out policies to prevent them, Human Rights Watch said in a report released today.

The 127-page report, “Left Undefended: Killings of Rights Defenders in Colombia’s Remote Communities,” documents killings of human rights defenders in the country in the last five years, as well as serious shortcomings in government efforts to prevent them, protect defenders, and hold those responsible to account. Over 400 human rights defenders have been killed in Colombia since 2016, according to the United Nations Office of the High Commissioner for Human Rights (OHCHR).

“Colombia has had the highest number of human rights defenders killed of any Latin American country in recent years, but the government’s response has been mostly talk, with little meaningful action,” said José Miguel Vivanco, Americas director at Human Rights Watch. “The administration of President Iván Duque frequently condemns the killings, but most of the government systems to address the problem are barely functional or have serious shortcomings.”

Killings of human rights defenders have increased since the Revolutionary Armed Forces of Colombia (FARC) guerrillas demobilized as part of a 2016 peace accord with the government. Other armed groups, including several that emerged from the FARC, have stepped into the breach, fighting for control of territory, engaging in illegal activities, and using violence against civilians. Human Rights Watch documented killings in six of the areas that have been most affected.

Colombia’s Human Rights Ombudsperson’s Office, a government body independent of the executive, reports an increase in killings of human rights defenders between 2019 and 2020.

The authorities’ failure to exercise effective control and establish a civilian state presence in many areas reclaimed from the FARC has to a significant extent enabled this dynamic. The government has deployed the military to many parts of the country but has failed to strengthen the justice system, improve protections for the population, and to ensure adequate access to economic and educational opportunities and public services.

The killings have distinct dynamics in various regions. In North Cauca, groups that emerged from the FARC have killed many human rights defenders from the Indigenous Nasa communities who oppose armed groups and drug trafficking in their territories.

“They [the armed groups] have weapons, cars, and money, they have everything to wage war against us,” an Indigenous leader told Human Rights Watch. “We only have our Indigenous canes that symbolize our authority, our peaceful resistance, and our defense of the territory.”

Armed groups in Tumaco have killed human rights defenders whom they suspect of collaborating with the military or who fail to comply with the groups’ orders. They have threatened people who support projects to replace coca crops – the raw material of cocaine – with food crops.

Argemiro Manuel López Pertuz, 46, who led the crop substitution program for 200 families in a rural area of Tumaco, was killed on March 17, 2019 by men who went to his house and shot him 12 times. Evidence gathered by prosecutors suggests members of the Contadores armed group, who had accused López Pertuz of collaborating with the military, killed him.

Colombia has a broad range of policies, mechanisms, and laws designed to prevent abuses against human rights defenders and other people at risk. But their implementation has often been poor, Human Rights Watch found.

The National Protection Unit, under the Interior Ministry, has been charged since 2011 with protecting people at risk. To its credit, the unit has granted individual protection measures to hundreds of human rights defenders. But it only provides individual protection schemes in response to reported threats, and many of those killed had not received threats or been able to report them.

The Early Warnings System in the National Ombudsperson’s Office plays a crucial role in monitoring risks, including in remote regions. But national, state, and municipal authorities have repeatedly failed to respond to scores of “Early Warnings,” or have reacted in a pro-forma and ineffective way.

The government has also failed periodically to convene the National Commission of Security Guarantees, which is charged with designing policies to dismantle armed groups responsible for killing rights defenders. The commission has yielded no concrete results.

Efforts to bring killers to justice have proven more meaningful. The Attorney General’s office has passed directives and created specialized units to prosecute the killings, with 59 convictions since 2016. Yet serious progress in prosecuting people who ordered the killings, as well as in dismantling the armed groups, is still needed.

A key obstacle is the limited number of judges, prosecutors, and investigators in areas where most of the killings take place. The government has yet to create the “special team” of judges that President Duque announced in May 2019 to try these cases.

To meet its obligations under international human rights law, the Duque administration should move swiftly to implement and fully fund effective policies to prevent the killings – and protect the rights – of human rights defenders, Human Rights Watch said, with attention to ethnicity, gender, race, and other characteristics that may affect individuals’ or communities’ risk and needs. The authorities should substantially increase the capacity of judicial authorities and prosecutors to bring those responsible for such killings to account.