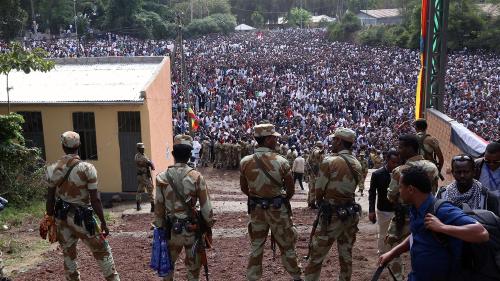 Ethiopian government and security officials should act with restraint and take concrete steps to prevent injuries and deaths at this year’s Irreecha festival on October 1, 2017. Many people, likely hundreds, died in a stampede at last year’s festival, triggered by security forces’ use of teargas and obstruction of exits. The festival, attended by massive crowds, is the most important cultural festival to Ethiopia’s 40 million ethnic Oromos, who gather to celebrate the end of the rains and welcome the harvest. Human Rights Watch found evidence that security force personnel not only triggered the stampede that caused many deaths but subsequently shot and killed some members of the crowd.