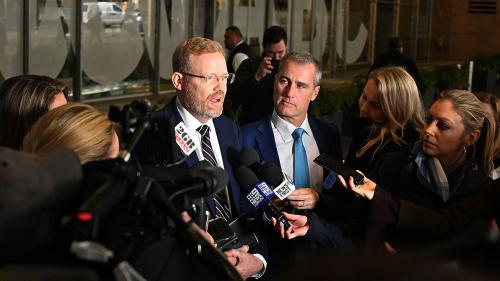 Australia is a vibrant multicultural democracy with robust institutions. Yet, 2019 saw freedom of expression come under unprecedented pressure, with police raids on journalists and a government official, and the prosecution of a whistleblower and his lawyer for violating secrecy laws. Overly broad national security laws are open to misuse.

At time of writing, about 600 refugees and asylum seekers remained in Papua New Guinea (PNG) and Nauru, with more than 600 resettled to the US under an Australia-US resettlement deal. Of those remaining offshore, all are adults and most have been there since 2013.

At least 12 refugees and asylum seekers have died in Australia’s offshore processing system since 2013, six of them suicides. Self-harm and suicide attempts surged in PNG following the Australian election in May 2019, with media reporting dozens of attempts, and local authorities struggling to respond to the crisis.

Medical facilities in PNG and Nauru are unable to cope with the complex medical needs of asylum seekers and refugees, particularly their mental health needs. In February, Australia’s parliament passed a law to facilitate transfers of refugees and asylum seekers requiring medical treatment from offshore locations to Australia. So far, 135 people have been transferred for treatment. Prior to the law, lawyers repeatedly had to take the government to court to obtain appropriate medical care for clients. In December, the government repealed the law. Those transferred to Australia remain in limbo, with no permanent visas and little support.

Australia has repeatedly rejected offers by New Zealand to take some of the refugees, with the government arguing that accepting the offer would encourage more boat arrivals as New Zealand is a “backdoor route” to Australia.

In 2017, Aboriginal woman Tanya Day died when she sustained a head injury in a police cell, after police detained her for public drunkenness. In August 2019, the Victorian state government announced it would abolish public drunkenness as a crime, and replace it with an Aboriginal-led, public health response. In November, a police officer was charged with murder in relation to the shooting of a 19-year-old indigenous man in Yuendumu, Northern Territory. In September, police shot dead a 29-year-old indigenous woman in Geraldton, Western Australia.

Aboriginal and Torres Strait Islanders issued the “Uluru Statement from the Heart” in May 2017, but their recommendations to establish a First Nations voice in the constitution and a truth and justice commission have not been implemented. In July, the minister for Indigenous Australians, Ken Wyatt, announced plans to hold a referendum in the next three years on whether to enshrine constitutional recognition of Australia’s indigenous people.

Incarceration disproportionately affects indigenous children: they are 26 times more likely to be detained than non-indigenous children. Across Australia, around 600 children under the age of 14 are imprisoned each year, according to the Human Rights Law Centre. Australia states and territories set the age of criminal responsibility at 10.

The Northern Territory introduced legislation to “clarify” use of force, restraints and separation of children in detention centers, contradicting recommendations of a 2017 royal commission into abuses in the juvenile justice system that said restraints should only be used in emergency situations.

In August, the ABC reported that Queensland police were detaining children as young as 10 in police cells for weeks because of overcrowding in child detention centers. In May, an indigenous boy with a cognitive disability was pinned down, stripped naked, and locked in a police holding cell for three days.

In September, the Victorian ombudsman urged an end to solitary confinement after finding an alarming number of instances of the practice in jails, including of children and young people.

Broadly drafted national security laws have been used against lawyers, journalists, and whistleblowers. In June, police raided the home of a journalist in relation to her story on a leaked plan to expand government surveillance. The next day, police raided the ABC’s Sydney headquarters over a series of stories in 2017 alleging abuses by Australian special forces in Afghanistan. The warrant authorized the police to “add, copy, delete or alter other data … found in the course of a search.”

In August, former spy “Witness K” indicated he would plead guilty while his lawyer Bernard Collaery continues to fight charges of breaching secrecy laws for exposing wrongdoing by the Australian government to obtain an advantage in trade negotiations with Timor-Leste. The hearings have been held in secret.

In October, police arrested a former federal senator and dozens of activists at a climate change protest for not complying with police direction regarding a road closure. The bail conditions for arrested protesters restricted them from going to the Sydney CBD and banned them from associating with other protesters. These conditions were overturned following a legal challenge.

In response to increased environmental protests and activism, in November Prime Minister Morrison called for new laws to ban revenue damaging secondary boycotts, such as urging banks to withdraw funds from mining projects.

In December 2018, the Australian parliament rushed through legislation undermining encryption and cybersecurity, allowing law enforcement and security agencies to order technology companies, and even individuals, to facilitate access to encrypted data and devices. At a parliamentary review into the new legislation, concerns were raised that the new laws were being used to bypass journalist protections.

In April, Prime Minister Morrison announced a royal commission into violence, abuse, neglect, and exploitation of people with disabilities which held its first hearing in November.

Over half the prison population has a physical, sensory, psychosocial (mental health) or cognitive disability. People with disabilities struggle to cope in often overcrowded prisons without adequate access to support services and are particularly at risk of neglect and abuse. In February, in Hakea prison in Perth, prisoners beat to death an Aboriginal man with a mental health condition. At least two Aboriginal men with mental health conditions committed suicide in Western Australia prisons in 2019. The May 2019 coroner’s inquest into the 2015 suicide of an Aboriginal man, Mr. Jackamarra, whose full name is not used for cultural reasons, recommended that mental health staff should assess prisoners with mental health issues or past self-harm attempts when they arrive at prison.

Australia’s legal and regulatory framework is inadequate to protect older people in aged care facilities from chemical restraint. Many facilities in Australia routinely give older people with dementia dangerous drugs to control their behavior.

In July, a new regulation came into effect purporting to minimize the use of physical and chemical restraints, but may in fact simply normalize the practice. A parliamentary committee investigated the regulation’s compliance with Australia’s human rights obligations and recommended some changes including the right to informed consent.

The Royal Commission of Inquiry into Aged Care Quality and Safety released its interim report in October, finding Australia’s aged care system to be a “shocking tale of neglect.” It urged the government to take immediate action in three areas, including chemical restraint. 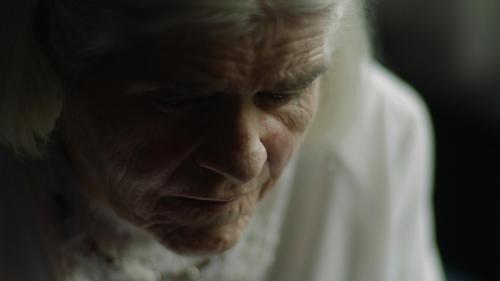 In April, the High Court upheld the constitutional validity of “safe access zones” to prohibit harassment outside abortion clinics, and in September, the New South Wales government passed legislation to decriminalize abortion. Abortion laws vary state by state, but now only the states of South Australia and Western Australia still have laws in place that restrict women’s access to abortion.

In June, the Australian government repatriated from al-Hol camp in northeast Syria eight Australian children of parents suspected of involvement in the armed group Islamic State (ISIS). Days after the children’s evacuation, the government banned alleged foreign fighters as young as 14 from returning to Australia for two years. At time of writing, approximately 66 Australian nationals, 44 of them children, remain trapped in harsh conditions in camps in northeast Syria.

While the Australian government has tended towards a foreign policy that favors a “quiet diplomacy” approach to human rights, in 2019 it was more vocal on some key human rights issues. Foreign Minister Payne said in October, that Australia should lead by speaking honestly and consistently about human rights, and that “speaking our minds does not constitute interference in another country.”

However, Prime Minister Morrison has responded to questions on human rights in countries such as China and Vietnam by referring to state sovereignty, in the same way that Association of Southeast Asian Nations (ASEAN) countries and the Chinese government seek to deflect criticism of their rights records.

After initially taking a low-key approach to its membership in the UN Human Rights Council, Australia stepped up in its second year to ensure the council renewed the mandate of the special rapporteur on human rights in Eritrea, and joined a statement urging China to end arbitrary detention of about 1 million Muslims in Xinjiang. At the Council’s September session, Australia led a joint statement bringing attention to human rights violations by Saudi Arabia.

Australia exports military equipment to Saudi Arabia and the United Arab Emirates, despite concerns about alleged war crimes by the Saudi-led coalition in Yemen. There is little transparency about the types or quantities of equipment sold or the end-user.

The Australian government opposes a ban on fully autonomous weapons also known as “killer robots.” Australia has not signed the Safe Schools Declaration, an intergovernmental pledge by countries to protect education in times of conflict.

In March, the UN High Commissioner for Human Rights critiqued Australia’s treatment of refugees and asylum seekers held offshore, saying “people have been suffering for more than six years; more humane policies could, and should, be implemented.” The High Commissioner also spoke at a forum hosted by the Australian Human Rights Commission in October, raising a number of issues, including barriers faced by women, indigenous persons, persons with disabilities, and migrants and refugees.

In June 2019, United Nations’ experts on migrant rights, torture, health and mercenaries urged the Australian government to immediately provide healthcare to refugees on Manus Island and Nauru, and transfer those requiring urgent care to Australia.