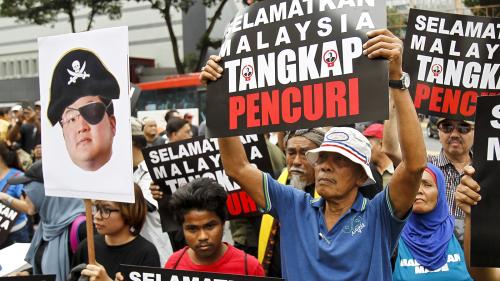 Malaysia continued to make slow progress in 2019 in some areas of the governing Pakatan Harapan’s reform agenda, such as lowering the voting age, strengthening parliamentary independence, and abolishing restrictions on protest marches. However, the government backed away from other commitments, including by withdrawing from the Rome Statute of the International Criminal Court (ICC) in April 2019, barely a month after filing its accession; retreating from a commitment to completely abolish the death penalty; and failing to carry out commitments to abolish or reform a range of abusive laws.

The government has yet to fulfill its promise to abolish the much-abused sedition act. The law continues to be used, particularly against those voicing criticism of Malaysia’s royalty. Some of those speaking critically about race and religion have also faced criminal investigations, including member of parliament Charles Santiago, who was one of five individuals called in for questioning in September, after controversial Islamic preacher Zakir Naik filed a criminal defamation complaint against them. Santiago was questioned for criticizing Naik’s claim that Malaysian Indians were more loyal to India’s prime minister than to that of Malaysia. In March, Allister Cogia was sentenced to more than 10 years in prison for social media comments deemed insulting to Islam.

In October 2019, the lower house of parliament once again voted to repeal the Anti-Fake News Law, passed during the waning months of the prior administration. Malaysia’s Senate stymied efforts to repeal the law in 2018. Government promises to amend the Communications and Multimedia Act and the Official Secrets Act remain unfulfilled.

SOSMA allows for preventive detention of up to 28 days with no judicial review for a broadly defined range of “security offenses.” Both the 1959 Prevention of Crime Act and the 2015 Prevention of Terrorism Act give government-appointed boards the authority to impose detention without trial for up to two years, renewable indefinitely, to order electronic monitoring, and to impose other significant restrictions on freedom of movement and association. No judicial review is permitted for these measures. The new government has committed to “abolish draconian provisions” in these laws, but has yet to do so.

Pakatan Harapan had also pledged to repeal the 2016 National Security Council Act, which gives broad emergency-like powers to a federal agency under the Prime Minister’s Department. Instead of repealing it, the government introduced amendments via a bill that was submitted for first reading in April 2019, some of which increased the council’s powers instead of curtailing them. The amendments had yet to pass at time of writing.

Police abuse of suspects in custody continues to be a serious problem, as does a lack of accountability for such offenses. The standard of care for those in detention is also problematic, with suspects and prisoners dying from treatable illnesses.

In July, the government submitted a long-awaited bill to create an Independent Police Complaints of Misconduct Commission. While tabling the bill is a positive step forward towards police accountability, some of the bill’s provisions raise concern about the independence and authority of the proposed commission.

Malaysia has not yet fulfilled its commitment to ratify the 1951 Refugee Convention. Over 150,000 refugees and asylum seekers, most of whom come from Myanmar, are registered with the United Nations High Commission for Refugees (UNHCR) in Malaysia. Asylum seekers arrested by authorities are treated as “illegal migrants” and locked up in overcrowded and unsanitary immigration detention centers. The new government committed to improve the situation for refugees and asylum seekers, but they have no legal status and remain unable to work, travel, or enrol in government schools.

In January, the government announced the formation of a Royal Commission of Inquiry (RCI) to investigate mass graves found in remote jungle camps on the Thai-Malaysian border in 2015. The RCI held hearings in May and June, but had not issued a public report at time of writing. To date, no Malaysians have been held responsible for their role in the deaths of over 100 ethnic Rohingya trafficking victims whose bodies were found in the camps. The 12 police officers initially charged in the case were released in March 2017.

Freedom of Assembly and Association

In March, the police called in for questioning at least nine organizers and speakers of the Women’s March held in observance of International Women’s Day after a public backlash against the visible presence of lesbian, gay, bisexual, and transgender (LGBT) activists and their allies in the march. The organizers were investigated for sedition and violation of the Public Peaceful Assembly Act, but ultimately no charges were filed against them.

In July, parliament passed amendments to the Peaceful Assembly Act, reducing the notice period from 10 to 7 days and removing the restriction on protests in which participants march from one place to another. However, the law still permits criminal prosecution of those organizing or participating in peaceful assemblies. While the amended law authorizes the police to impose a non-criminal financial penalty rather than formally prosecuting a violator, exercise of that option would require the public prosecutor’s written consent.

Malaysia restricts the rights of followers of any branches of Islam other than Sunni, with those following Shia or other branches subject to arrest for deviancy. In September, the Selangor Islamic Religious Department (JAIS) instructed mosques in the state to deliver a sermon describing Shia Muslim beliefs and practices as “deviant,” “heinous,” “nonsense,” and “nauseating.”  On September 6, JAIS arrested 23 Shia, including children, for practicing their religion, while another eight Shia were arrested at a private event in Johor on September 9.

In August, the High Court dismissed a challenge by Sisters in Islam, a civil society group working to promote the rights of Muslim women, to a fatwa issued against it in 2014. The broadly worded fatwa declares that Sisters in Islam and “any individuals, organizations and institutions holding on to liberalism and religious pluralism” are deviant from Islamic teachings.

Discrimination against LGBT people remains pervasive in Malaysia. Federal law punishes “carnal knowledge against the order of nature” with up to 20 years in prison and mandatory whipping. Numerous state Sharia laws prohibit both same-sex relations and non-normative gender expression, resulting in frequent arrests of transgender people. Government officials, including Prime Minister Mahathir Mohamad, have made statements expressing lack of support for the LGBT community. In June 2019, Mahathir said that the discussion of LGBT  rights was being promoted by “Western  countries” and was “unsuitable” for Malaysia.

Three transgender women were killed between November 2018 and January 2019. No one has been convicted in any of the killings. Eight men have been charged in the brutal beating of a transgender woman in Negeri Sembilan in August 2018. The victim suffered broken ribs, a ruptured spleen, and head injuries. The case remained pending at time of writing.

In March 2019, the minister for religious affairs, Mujahid Yusof Rawa, called the participation of LGBT people at a march for International Women’s Day an “abuse of democratic space.” The backlash against participants was vocal and severe, with some reporting harassment on social media, including threats of violence.

Malaysia permits child marriage under both civil and Islamic law. Girls age 16 and older can marry with permission of their state’s chief minister. For Muslims, most state Islamic laws set a minimum age of 16 for girls and 18 for boys, but permit marriages below those ages, with no apparent minimum, with the permission of a Sharia court. While the government announced in August that it has put in place stricter guidelines for the granting of permission for children to marry, it has not ended the practice.

The Malaysian government has continued to speak out strongly about Myanmar’s mistreatment of the Rohingya Muslims. The government has been unwilling, however, to openly criticize China’s treatment of Uyghurs and other Turkic Muslims in Xinjiang, with Prime Minister Mahathir saying that doing so “would not achieve anything.” China is Malaysia’s largest trading partner, and Mahathir has said he is committed to strengthening ties between the two countries. Malaysia showed it is willing to buck Association of Southeast Asian Nations (ASEAN) norms in November when it permitted Sam Rainsy, exiled Cambodian opposition leader, to visit Kuala Lumpur despite strenuous objections from Phnom Penh.