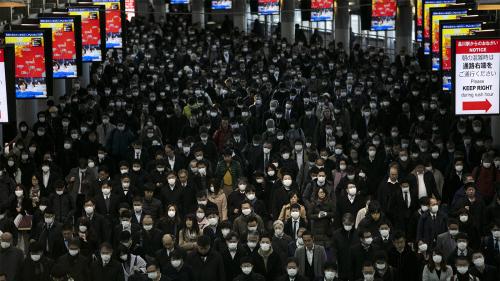 Japan is a liberal democracy with an active civil society. On September 16, Yoshihide Suga became Japan’s prime minister after Prime Minister Shinzo Abe announced his resignation due to health concerns.

Japan has no law prohibiting racial, ethnic, or religious discrimination, or discrimination based on sexual orientation or gender identity. Japan does not have a national human rights institution. 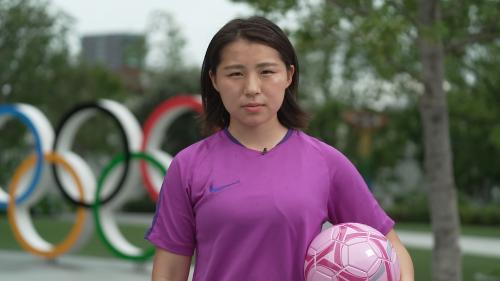 As of November 5, there were 105,082 reported cases of people infected with Covid-19, and 1,808 deaths in Japan. The Japanese government declared a State of Emergency on April 7, which ended in June. The government has no legal authority to punish people should they leave their homes during the state of emergency.

In March, the Japanese government and the International Olympic Committee (IOC) agreed to delay the Tokyo 2020 Olympic and Paralympic Games until 2021 due to the Covid-19 pandemic.

Then-Prime Minister Abe requested that schools across the country close from the beginning of March to stop the spread of Covid-19, ending in-person classroom learning for about 13 million children for approximately two to three months.

The Ministry of Education, Culture, Sports, Science and Technology (MEXT) reported in April that only 5 percent of public schools provided live, interactive online education with teachers when the schools closed, causing many children to study by themselves at home using textbooks and other paper materials.

After widespread criticism that the ban violated rights, including of family reunification, Japan eased restrictions in September by allowing the re-entry of all foreign nationals with the status of residence under certain conditions.

A Human Rights Watch report in July found child athletes in Japan—at both the grassroots and elite levels—suffer physical, sexual, and verbal abuse when training in sport.

In October, Pride House Tokyo, a facility to build awareness and support of lesbian, gay, bisexual, and transgender (LGBT) rights, officially opened—the first Pride house to get official backing from the IOC.

Japan’s asylum and refugee determination system remains strongly oriented against granting refugee status. In 2019, the Justice Ministry received 10,375 applications for refugee status, largely from asylum seekers from Sri Lanka, Turkey, Cambodia, Nepal, and Pakistan. During the year, the ministry recognized only 44 people as refugees, and accepted another 37 persons in the category of needing humanitarian assistance, allowing them to stay in Japan.

Former Nissan chairman Carlos Ghosn, who was arrested, charged with financial misconducts, and detained for 129 days, fled Japan while on bail and appeared in Lebanon in December 2019. Ghosn’s defenders had alleged before his flight that the Japanese system abused his rights by using long pretrial detention and denial of bail to pressure him to confess, among other issues.

In December 2019, Japan executed a Chinese national for killing a family of four during a robbery. There had been no executions in 2020 at time of writing. As of December 2019, 112 people were on death row. Concerns have long been raised about death row inmates including having inadequate access to legal counsel and being notified of their execution only on the day it takes place.

Japan’s rape law requires that prosecutors must prove that violence or intimidation was involved, or that the victim lost consciousness or was otherwise incapable of resistance. In June, a working group established by then-Justice Minister Mori began reviewing potential reforms to the rape law. The UN Committee on the Elimination of Discrimination against Women advises that the legal definition of sexual assault should be one that "is based on the lack of freely given consent and takes into account coercive circumstances.”

In April, when Japan was under a state of emergency to stop the spread of Covid-19, calls to the government’s national hotline regarding domestic violence increased by about 30 percent compared to the same time the previous year. Calls to national hotlines also increased in May and June.

In November 2019, a group of 12 men and women filed a lawsuit against the state, claiming the Japanese civil code, which awards child custody to only one parent after a divorce, violates the constitution’s guarantee of equality under law. In the same month, the Justice Ministry also started a review of the law, to see whether the current legal framework is desirable for the benefit of children. The lawsuit and the Justice Ministry’s review came after the UN Committee on the Rights of the Child urged Japan in February 2019 to “revise the legislation … to allow for shared custody of children when it is in the child’s best interests.”

In February 2020, the Ministry of Health, Labour and Welfare (MHLW) issued guidelines to implement 2019 amendments made to laws on children, finally ending all use of corporal punishments against children in Japan.

In March, MEXT published its first research on the educational status of foreign children. The study found that of more than 120,000 foreign school-age children, approximately 16 percent are possibly not receiving education. To date, the government interprets Article 26 of its constitution, which states that "all people shall be obligated to have all boys and girls … receive ordinary education" as being only applicable to Japanese citizens, violating Japan’s obligations under the Convention on the Rights of the Child.

In response to the national laws passed in May 2019 on workplace harassment, three ministries—MHLW, the Ministry of Internal Affairs and Communications, and MEXT—issued ministerial regulations and formal notices requiring for the first time that corporations, local governments, and schools take actions to prevent sexual orientation and gender identity harassment and publicly outing a person as LGBT.

LGBT groups in Japan launched a campaign for a national non-discrimination law in the lead up to the rescheduled Tokyo 2020 Olympics in 2021.

Prime Minister Suga received widespread criticism after he rejected the nomination of six scholars by the Science Council of Japan (SCJ) to become new members, the first time such a rejection was made public since the nomination system was introduced in 2004. The six scholars have been critical of the government's security and anti-conspiracy legislations. Under the Act on Science Council of Japan, the council nominates new members to the prime minister, who ultimately appoints them. SCJ is an independent council consisting of 210 council members that makes policy recommendations to the government.

In October, the Supreme Court issued five different rulings related to equal pay for equal work as the population of non-regular workers –workers on a variety of fixed-term contracts—make up more than 30 percent of the work force in Japan. On October 13, the Supreme Court ruled in favor of employers in two different cases who did not pay bonus or severance pay to non-regular workers. Two days later, the same court ruled in favor of non-regular workers in three different lawsuits, saying it is unreasonable for the employer not to provide its fixed-term workers with the same allowances it pays to workers without fixed-term.

Japan’s official policy is to “contribute to the improvement of the world’s human rights environment” through methods including the “UN’s primary human rights forums and bilateral talks.”

However, Japan’s diplomatic response to rights abuses in Asia often contradicted its commitment, primarily as it downplays concerns for human rights to compete for political and economic influence with China in countries such as Cambodia, Myanmar, the Philippines, Sri Lanka, Thailand, and Vietnam. In June, Japan abstained on a Myanmar resolution at the United Nations Human Rights Council, perpetuating its stance since 2017 of abstaining on all UN resolutions addressing human rights issues in Myanmar.

Japan largely abandoned concerns about North Korean human rights in a failed diplomatic strategy to engage directly with Pyongyang, especially on the cases of abducted Japanese nationals. In March 2019, Tokyo walked away from over a decade as lead sponsor of annual UN Human Rights Council resolutions on human rights in North Korea and did not come back to the leadership in December 2019 at the UN General Assembly or in 2020.

Japan is among the world’s top 10 emitters of greenhouse gases and its climate action has been highly insufficient. However, in October, the prime minister signaled new commitment on climate action by stating his government’s ambition to move towards carbon neutrality by 2050.