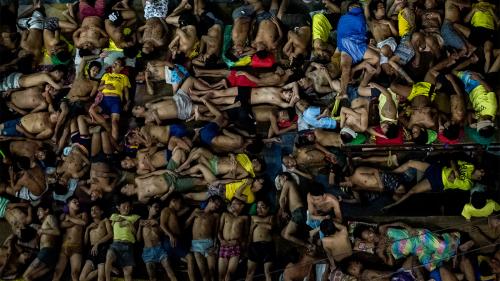 The human rights situation in the Philippines deteriorated in 2020. President Rodrigo Duterte’s murderous “war on drugs,” ongoing since he took office in June 2016, continued to target mostly impoverished Filipinos in urban areas. The police and unidentified gunmen linked to the police have committed thousands of extrajudicial executions. The killings increased dramatically during the Covid-19 lockdown, rising by over 50 percent during April to July 2020 compared to the previous four months. There has been almost total impunity for these killings.

In June 2020, the United Nations Office of the High Commissioner for Human Rights (OHCHR) published a highly critical report on the human rights situation in the Philippines. In October, the UN Human Rights Council passed a resolution continuing scrutiny of the situation in the country for another two years, but without creating an international investigation.

Threats and attacks, including killings, against left-wing political activists, environmental activists, community leaders, Indigenous peoples’ leaders, journalists, lawyers, and others rose in the past year. The government harassed journalists and media companies, including through politically motivated prosecutions and other legal action; a court convicted journalist Maria Ressa of cyber libel in June, while the government shut down the country’ largest television network the following month.

In March, the government placed the country under lockdown, restricting people’s movement to limit the spread of Covid-19, using the military, as well as the police and local officials, to enforce the lockdown. Tens of thousands of people were arrested and often detained in crowded jails and holding centers where they were at increased risk of contracting the virus. Police and local officials targeted vulnerable populations, including lesbian, gay, bisexual, and transgender (LGBT) people and children, and in some cases using public humiliation and cruel treatment. 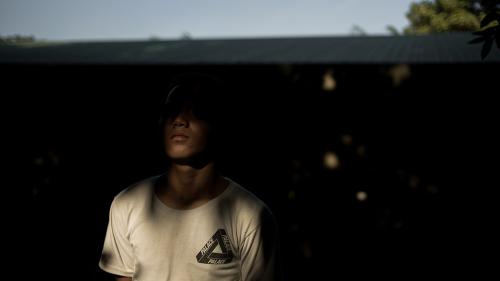 According to official government figures, members of the Philippine National Police and the Philippine Drug Enforcement Agency killed 5,903 individuals during anti-drug operations from July 1, 2016 to September 30, 2020. This number did not include the deaths of those killed by unidentified gunmen whom Human Rights Watch and other rights monitors believe operate in cooperation with local police and officials. Other sources, such as the UN Office of the High Commissioner for Human Rights, put the death toll at 8,663, although domestic human rights groups, including the government’s Commission on Human Rights, believe the real figure could be triple the number reported in the OHCHR report.

Based on statistics released by the government through its #RealNumbersPH, “drug war” killings increased by over 50 percent during the lockdown months from April to July. Among those severely affected by the “drug war” violence are children left behind by the victims. These children are often driven deeper into poverty, suffer deep psychological distress, often drop out of school for financial and other reasons, and suffer bullying in their schools or communities.

The vast majority of “drug war” killings have not been seriously investigated by the authorities. Only a handful of cases are in varying stages of investigation by prosecutors. Only one case—the video recorded murder of 17-year-old Kian delos Santos in August 2017—has resulted in the 2018 conviction of several police officers.

The creation of a committee to investigate cases of police involvement in killings, originally pledged by the secretary of justice to the UN Human Rights Council, is of doubtful utility given the prominent role of key agencies responsible for killings in the committee’s leadership.

President Duterte continues to encourage the killings, ordering customs officials in September to kill alleged drug smugglers. He also regularly denounced and dismissed groups that criticize the “war on drugs,” accusing them of “weaponizing human rights.”

On June 4, OHCHR published a report that found “numerous systematic human rights violations” in the Philippines, among them the killing of 208 human rights defenders and activists since 2015.

Leftist activists and human rights defenders were key targets of physical and online attacks. On August 17, unidentified gunmen shot dead Zara Alvarez, a legal worker for the human rights group Karapatan, in Bacolod City in the central Philippines. Alvarez’s killing came a week after peasant leader Randall Echanis was found dead, apparently tortured, in his home in Quezon City. Alvarez was the 13th Karapatan member killed during the Duterte administration.

The attacks against activists occurred in the context of the government’s campaign against the communist New People’s Army insurgency. Government and military officials have accused Karapatan and the other groups in its network of being supporters of the insurgents in a “red-tagging” campaign that puts them at heightened risk of attack. The military, national security agencies, and the police have actively used social media to convey threats that have resulted in tens of red-tagged people being killed in the past year.

In September, Facebook took down for “coordinated inauthentic behavior” dozens of what it called “fake accounts” being used by state forces to spread government and military propaganda. The accounts included posts that demonized activists, accusing them of being communists or communist sympathizers, and, in several cases, “terrorists.”

In July, Duterte signed a new Anti-Terrorism Law. The law contains overbroad and vague provisions that the government can use to unjustly target critics. Among its provisions is the creation of a government-appointed Anti-Terrorism Council that can designate a person or a group as a terrorist, making them immediately liable to be arrested without warrant or charges and be detained for up to 24 days.

In June, a court in Manila convicted CEO Maria Ressa of the news website Rappler of cyber libel, along with Reynaldo Santos Jr., a  former Rappler researcher. The case involved the retroactive application of the new law to an article that had been published years earlier.

The case is one of several that Ressa and Rappler face as part of the government’s campaign of retaliation campaign of retaliation against media organizations for their reporting on “drug war” killings and the Duterte presidency. Since 2016, the president and his supporters on social media have subject Ressa and Rappler to threats and harassment, including misogynistic attacks online.

In July, the Philippine Congress, in which Duterte controls a large majority, voted not to extend the franchise of ABS-CBN, the country’s largest television network. The vote led to the shutdown of ABS-CBN. ABS-CBN earned the ire of Duterte and his officials who accused the network, which often criticized the government’s “war on drugs,” of bias.

The killing of journalists also continued with the murder of radio broadcaster and online commentator Jobert Bercasio on September 14. Bercasio was the 17th journalist killed during Duterte’s term in office and the 189th since democracy was restored in the Philippines in 1986.  In December 2019, a Manila court convicted two of the masterminds and several dozen accomplices for the 2009 Maguindanao Massacre in which a local ruling family murdered 58 people, including 32 media workers covering a political campaign. However, nearly 80 suspects remain at large, with little prospect of them being apprehended.

The Philippine government began in 2020 to seriously consider legislation to reinstate the death penalty. The move in Congress came a week after President Duterte used his State of the Nation Address in July to call for capital punishment by lethal injection for drug offenders.

Reinstating the death penalty would violate the Second Optional Protocol to the International Covenant on Civil and Political Rights (ICCPR), which the Philippines ratified in 2007.

At time of writing, the Philippines had one of the highest recorded numbers of confirmed Covid-19 cases in Southeast Asia, with 400,000 cases as of mid-November. The Duterte administration’s response to the Covid-19 pandemic has been led by former military officers, using police supported by the military, which has resulted in serious human rights abuses.

Since March 16, the government has imposed varying types of quarantines and lockdowns to contain the spread of the virus. Abuses reported include local officials putting curfew violators in dog cages or exposing them to hours sitting in the summer sun as a form of punishment. Two children who were arrested after curfew were put inside a coffin by local officials. In April, three LGBT people were accosted by authorities for violating curfew. Officials humiliated them by forcing them to dance and kiss each other in public. Many people arrested for violating Covid-19 regulations were thrown into overcrowded detention facilities where social distancing is impossible, increasing their risk of contracting the virus.

The C-19 law that President Duterte signed on March 24 criminalizes the spreading of “false information” with up to two months in prison and a 1 million peso (US$19,600) fine. This law has been used to censor free speech in cases filed against social media users, among them journalists, who criticized or even poked fun at the government’s response.

Reports of domestic violence have risen during lockdown restrictions. Groups such as UNICEF and Save the Children have raised alarm about the impact the pandemic and lockdown have on the welfare of children, particularly concerning child sexual and physical abuse.

However, instead of establishing an independent international investigation into the human rights situation in the Philippines, the resolution granted the government’s request for technical assistance for a joint UN-Philippines technical assistance program on human rights to supposedly address the killings. Human Rights Watch and dozens of other domestic and international groups view the request, as well as the government’s compromised committee to review the deaths in the “drug war,” as an attempt to evade UN scrutiny.

In September, the European Parliament overwhelmingly voted to adopt a resolution denouncing the “rapidly deteriorating human rights situation” in the Philippines and called on the Philippines to abide by its human rights commitment under the European Union’s General Systems of Preference Plus program that allows the country to export 6,200 products to EU states without tariff. The resolution also called for dropping the cases against journalist Maria Ressa and Senator Leila de Lima, a longtime critic of Duterte who has been in pretrial detention for more than three years on bogus drug charges.

The International Criminal Court (ICC) continued its preliminary examination into alleged crimes against humanity related to the “drug war” killings. The Philippines withdrew from the court effective March 17, 2019, but the Office of the Prosecutor has indicated the court could still pursue crimes committed before that date, and it will continue to pursue its examination. UN human rights experts, among them Special Rapporteur on Extrajudicial Killings Agnès Callamard, have urged the ICC to prioritize completion of its examination.

In September, members of the US Congress introduced the Philippine Human Rights Act, which seeks to suspend US defense and security assistance to the Philippines for human rights abuses until the government undertakes significant reform. In order to lift the suspension, the US secretary of state would have to certify that the government had adequately investigated and successfully prosecuted members of the military and police forces who violated human rights; withdrawn the military from domestic policing activity; and established effective protection of trade unionists, journalists, human rights defenders, and government critics.