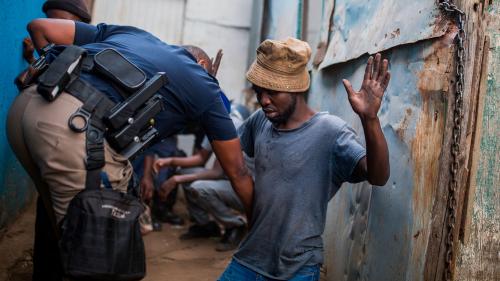 (Johannesburg, September 17, 2020) – Xenophobic harassment and violence against African and Asian foreigners living in South Africa are routine and sometimes lethal, Human Rights Watch said in a report, video, and Witness article released today. Despite the March 2019 adoption of a government action plan to combat xenophobia, the government has done very little to ensure that attacks by members of the public, the police, and government officials are investigated and that those responsible are held accountable.

The 64-page report, “‘They Have Robbed Me of My Life’: Xenophobic Violence Against Non-Nationals in South Africa,” details xenophobic incidents in the year after the government adopted the National Action Plan to Combat Racism, Racial Discrimination, Xenophobia and Related Intolerance. Human Rights Watch documented killings, serious injuries, forced displacement, discrimination, and barriers to justice and basic services. The problems include indifference, denial and tacit approval of xenophobic actions by government and law enforcement authorities, barriers to legal representation, and difficulty in acquiring and renewing documents to maintain legal status and to access services including education and health care.

“They Have Robbed Me of My Life”