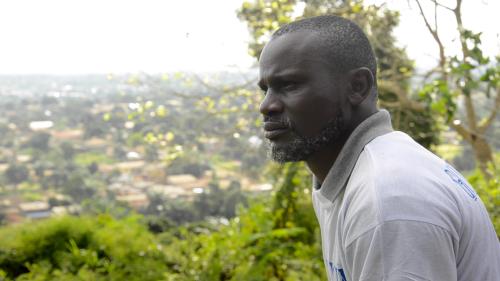 The report, “‘They Let People Kill Each Other’: Violence in Nzérékoré during Guinea’s Constitutional Referendum,” documents the violence which killed at least 32 people and injured more than 90 as clashes between pro-government and opposition supporters ignited longstanding intercommunal and ethnic tensions across Nzérékoré during the elections. Security forces deployed to provide security for the polls did not do enough to prevent the killings or widespread destruction of property, and allegedly killed two people and beat and arbitrarily arrested dozens of men, Human Rights Watch found.

Guinea is preparing for presidential elections in October 2020. Its president, Alpha Condé, has been nominated by his party to run for a third term.

But many in Guinea fear the election could lead to renewed violence like it did in March 2020, in the city of Nzerekore in Guinea’s Forest Region.

In Nzérékoré, longstanding and intercommunal tensions erupted into widespread violence during the legislative elections and the constitutional referendum that paved the way for President Condé’s candidacy in the upcoming presidential elections.

There were two groups that were shooting and attacking each other. And suddenly I saw a group heading towards my house, with my family inside. And my church, my home, and the school behind, were attacked. Thse are the bullets, I’ve never seen bullets like this.

In less than 48 hours, at least 32 people were killed, and over 90 were injured. Many of the victims were targeted and killed in horrendous circumstances.

On March 22 [2020], I was on my way home when a group of youngsters attacked me. Some of them beat me with sticks, some with a machete, you can see the scars on my head.

They were shooting around, behind us. Then they lit the roof of our house on fire. When my uncle went to put the fire out, they shot him.

Our research shows that Guinean security forces, tasked with maintaining order during the election, didn’t do enough to stop the violence.

The security forces came too late, my uncle had already been shot. We went to report the incident with the gendarmes. They came to visit here but since then we have not heard anything.

Most of those arrested were illegally detained at a military camp in Nzérékoré and kept in degrading conditions.

As Guinea’s upcoming elections draw near, the government should ensure that security forces protect civilians, refrain from excessive use of force, while respecting people’s right to demonstrate peacefully.

The authorities should also identify all those responsible for the violence, regardless of their political or ethnic affiliation, and hold them accountable.