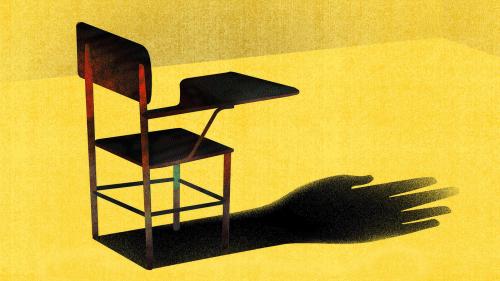 With Millions Out of School, the Countdown Begins to Get All Children into Quality, Accessible Education

In 2020, you should be watching for... the clock ticking on the 10-year countdown to get all children into education, and to end restrictive, discriminatory government policies that keep millions out of class.

These policies are rarely seen as what they are: human rights abuses on a vast scale, which perpetuate inequality and discrimination, and deprive school children of education—a right fundamental to their development and ability to demand their rights.

There’s just a decade to go for governments to meet the 2030 Sustainable Development Goals, adopted by all United Nations Member States in 2015, with quality education for all one of its main pillars.

In 2019, more than 260 million children did not go to school, according to the United Nations, with conflict-affected areas particularly hard-hit: around 50 percent of out-of-school children of primary school age live in such areas, and 617 million youth worldwide lack basic mathematics and literacy skills. Children with disabilities are frequently denied school, overlooked and uncounted. Girls are particularly vulnerable to dropping out due to sexual harassment, child marriage, and gender discrimination. Taliban acid attacks against girls who go to school aren’t even the tip of the iceberg.

Experts have warned about an education “crisis” for over a decade—with stalling quality and access to education, growing numbers of young people leaving schools without the skills they need, and large gaps in education funding. But the leadership needed to resolve it is lacking. Human Rights Watch reported on governments’ responsibility for an “education deficit” back in 2005.

To close the education deficit and fulfil the vision of the Convention on the Rights of the Child (CRC) that entered into force 30 years ago—enshrining every child’s right to an education and firmly enforcing non-discrimination—governments must be held accountable for discriminatory educational policies that deny children the chance to gain skills, break the poverty cycle, and fully participate—economically and socially—in their societies.

Girls are being pushed out of school by factors including the high prevalence of sexual violence and harassment in their communities and schools, gender discrimination, and child marriage. Girls confront multiple, daily obstacles to schooling—from school fees and costs to a lack of proper toilets and even fewer schools for girls than boys—that could be fixed if governments took action to address them at scale. Human Rights Watch found that schools in Tanzania, Equatorial Guinea, and Sierra Leone have expelled tens of thousands of girls who marry or get pregnant, decimating their futures, with knock-on harms for their children.

Children with disabilities often cannot enroll at all—nearly 50 percent are out of school, according to the United Nations Children’s Fund, UNICEF. Others are segregated into institutions that lack any mandate to educate them, as is still the case in countries including Armenia, Lebanon, Serbia and Russia. While the CRC protects the right to education, the Convention on the Rights of People with Disabilities aims at equal and inclusive education system at all levels.

Children don’t only lose access to education during conflict, they do so long afterwards. In Syria, a one-third of schools are damaged or destroyed, and many will remain so for years after. Iraq declared victory over the extremist group ISIS in 2017, but has since blocked tens of thousands of Iraqi children from going to school because their fathers are suspected ISIS supporters. Fewer than 15 percent of the thousands of asylum-seeking children contained by Greece on the Aegean islands can access formal education. Bangladesh opened its border in 2017 to Rohingya-minority refugees fleeing from horrific crimes in Myanmar, but has since barred nearly 400,000 children from any real education because it doesn’t want the Rohingya to stay. And in Afghanistan, the number of children—especially girls—attending school in some areas is falling due to worsening violence and donor disengagement.

States are obliged according to international law to use the maximum available resources to fulfill the fundamental right to education for all children. But some governments, including those with vast resources, such as Equatorial Guinea, treat the right to education dismissively, failing to invest or corruptly squandering resources needed for schooling. Pakistan’s under-investment in public education has left 22.5 million children out of school, and hits girls especially hard: 32 percent are not in primary school, compared with 21 percent of boys, and by Grade 9 (around 14-15 years old), only 13 percent of girls are still in school.

Lack of access to education is too often shunted aside as a “development” problem that can be fixed with campaigning, poverty reduction programs, and gradual improvements in quality. But none of that holds water when it comes to ending harmful and abusive policies.

While most out-of-school children are in lower-income countries, there are huge and growing gaps in access and learning in middle- and higher-income countries, too. The source of the problem is not always poverty, but entrenched discrimination and sustained exclusion, perpetuated by impunity for governments that negligently or intentionally keep children out of their education systems, including through under-investment in education.

This year will be a watershed for the right to education. Getting all children into quality and accessible education by 2030 will mean holding governments to account for imposing discriminatory policies that block children’s right to quality education—committing human rights abuses on a massive scale as they do so.