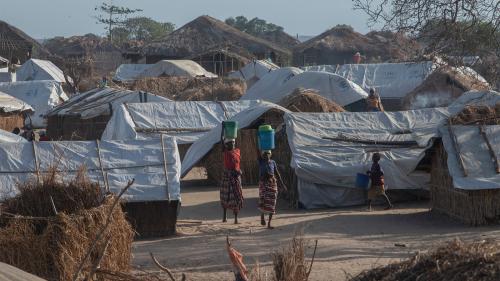 The human rights situation in Mozambique deteriorated in 2020 largely as a result of the ongoing conflict in the north of the country. The humanitarian situation in the northern province of Cabo Delgado worsened due to insecurity and violence, leaving over 250,000 people displaced. An Islamist armed group, locally known as Al-Sunna wa Jama’a, continued to attack villages, killing civilians, kidnapping women and children, and burning and destroying properties. State security forces were implicated in serious abuses, including arbitrary arrests, abductions, torture, use of excessive force against unarmed civilians, intimidation, and extrajudicial executions. In central Mozambique, armed men believed to be part of another insurgent campaign by dissident militants from the opposition Renamo party attacked private and public vehicles, killing dozens of people in August and September 2020.

The humanitarian situation in the northern province of Cabo Delgado continued to deteriorate due to insecurity and violence caused by fighting between state security forces and an Islamist armed group locally known as both Al-Shabab and Al-Sunna wa Jama’a (ASWJ). As of September 2020, the United Nations estimated that over 250,000 people had been displaced, forcing the authorities to set up camps for internally displaced people across the province.

In September, the UN’s World Food Program warned that tens of thousands of people had been deprived of humanitarian aid in northern Mozambique as fighting intensified. Humanitarian access in Cabo Delgado decreased in June, after the International Committee of the Red Cross and Doctors Without Borders suspended operations in Macomia, Mocimboa da Praia, and Quissanga districts because of insecurity. In September, the UN estimated that about 1 million people in critical need were isolated due to violence.

State security forces were implicated in grave human rights violations during counterterrorism operations in northern, gas-rich Cabo Delgado province including arbitrary arrests, abductions, torture of detainees, excessive force against unarmed civilians, intimidation and extrajudicial executions. The government did not take any publicly known step to investigate those abuses or punish those implicated.

In May, the Catholic Bishop of Pemba, Luiz Lisboa, warned that security forces were using excessive force against displaced people who sought refuge in Pemba city after their villages were attacked by ASWJ. In April, 17 civil society groups wrote a letter to Mozambican President Filipe Jacinto Nyusi expressing concern about the deteriorating human rights situation in Cabo Delgado province.

In September, videos and pictures emerged showing torture and other ill-treatment of prisoners by Mozambican soldiers in Cabo Delgado. Also in September, a video showed men in army uniform summarily executing a naked woman near Mocimboa da Praia whom they called a “Shabab.” The Mozambican Armed Defense Forces (FADM) released a statement calling the video footage “shocking and horrifying.” But soon after, Mozambican Defense Minister Jaime Neto said that the video was created by Islamist armed extremists to tarnish the reputation of the Mozambican army.

Attacks by ASWJ continued in Cabo Delgado province. The group is implicated in the killing of civilians, attacks on public and private transport, and the burning and destruction of buildings, including homes, schools and hospitals. In January, the group torched a teacher training college run by a local charity and an institute of agriculture in Bilibiza,  Quissanga district. In April, the group reportedly killed at least 52 civilians in Muidumbe district, after they refused to join the group. ASWJ insurgents have also been accused of kidnapping women. In May, two girls who said they escaped from a camp under ASWJ’s control told police that their captors made them sleep naked  to deter any plan of escaping. Earlier in February, local media had reported that ASWJ kidnapped two women during an attack on a village in Muidumbe district. In July, the Islamist insurgents attacked a private gas company vehicle in Mocimboa da Praia, killing eight workers. In August, they captured a strategic port in Mocimboa da Praia. Residents described panic as the insurgents burned houses and forced people out of the village to seek refuge in the bush.

Attacks continued against private and public vehicles moving around in Manica and Sofala provinces, near Gorongosa in central Mozambique, by armed men believed to be part of a dissident group of Renamo guerrillas who rejected the August 2019 peace agreement. The leader of the group, Mariano Nhongo, assumed responsibility for some of the attacks, claiming they were retaliation for what he called “excesses” perpetrated by the state security forces in rural areas. Local media reported that the armed attacks have killed at least 24 people since August 2019. In July, residents of Gondola district, who sought refuge in camps set up by the local authorities in Manica province, accused the armed men of burning, destroying and looting their properties.

Journalists continued to be harassed, intimidated, and arbitrarily detained by state security forces, and authorities failed to seriously investigate those abuses against press freedom. In April, Ibrahimo Mbaruco, a journalist and newscaster at Palma Community Radio Station in Cabo Delgado province, was forcibly disappeared on his way home from work, after sending a text message to a colleague saying that soldiers were harassing him.

Also in April, police officers detained Hizidine Acha, a journalist for SOICO, the largest Mozambican private media group, for two hours and forced him to delete images on his phone and camera. The images allegedly showed the officers beating people. In July, a court in Maputo convicted Omardine Omar, a reporter for the private news website Carta de Moçambique, on charges of civil disobedience, after he was detained while investigating a complaint about police harassment and extortion of street vendors. In August, unidentified people broke into the office of independent newspaper CanalMoz, and set the newsroom ablaze. In September, Luciano da Conceição, a Deutsche Welle correspondent in Inhambane province, was kidnapped by unknown individuals who beat him, before abandoning him seriously injured on a local beach. Also, in September, Leonardo Gimo, a journalist of a local TV station in Nampula city, was attacked by three men who seized his equipment.

People with real or perceived mental health conditions risk being shackled—chained or locked in confined spaces—in homes as well as in traditional or religious healing centers where they often receive involuntary treatment. One man in Maputo described to Human Rights Watch the inhumanity of being shackled multiple times throughout his life: “This is a punishment, not a treatment. [They] are treating us as animals who are the property of their owners. No human should be treated like this.”

Although violence had been escalating  for more than a year in Cabo Delgado, the African Union only noted for the first time, in February, the “unprecedented level of violence against civilians.”

The special envoy for Mozambique of the UN secretary-general, Mirko Manzoni, expressed confidence in the process of disarmament and reintegration of former fighters of the opposition group Renamo, which started in July 2020.

In August, the SADC Heads of State summit pledged support, without specifying what type of support, to Mozambique in “fighting terrorism,” although the final summit communique did not address the issue. During the summit, President Nyusi took over as chair of SADC.

In April, EU foreign ministers reiterated their support for the Peace and National Reconciliation Agreement and urged all parties to deliver on their commitments. They also raised concerns about the deteriorating situation in Cabo Delgado and urged authorities to take effective action to protect citizens, carry out investigations to bring perpetrators to justice, and identify the role of violent extremist organizations and their potential international links.

In September, the European Parliament expressed concern that the Islamist insurgency in Mozambique was gaining increasing support among regional and international armed extremist organizations. The EP also called on Mozambique to launch an independent and impartial investigation into torture and other grave violations allegedly committed by its security forces in Cabo Delgado.