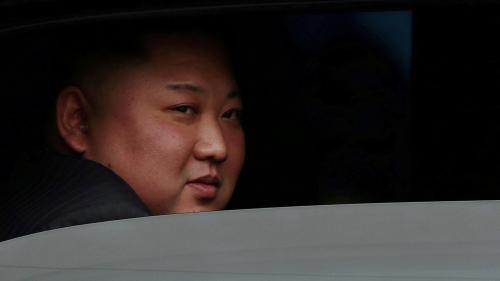 North Korea remains one of the most repressive countries in the world. Kim Jong Un, the third leader of the Kim dynasty, continues to serve as head of government and the ruling Workers’ Party of Korea, using threats of execution, arbitrary punishment of crimes, and detention and forced labor to maintain fearful obedience. Kim also continues to tightly restrict travel out of the country and communication with the outside world.

The government does not tolerate any dissent. It bans independent media, civil society, and trade unions, and systematically denies basic rights, including freedom of expression, assembly, association, and religion. It systematically extracts forced, unpaid labor from its citizens to build infrastructure and implement public projects. The government also fails to protect or promote the rights of numerous at-risk groups, including women, children, and people with disabilities.

A 2014 United Nations Commission of Inquiry (COI) report on human rights in the Democratic People’s Republic of Korea (DPRK, North Korea) concluded the government committed crimes against humanity, including extermination, murder, enslavement, torture, imprisonment, rape, and other forms of sexual violence, and forced abortion. It recommended the UN Security Council refer the situation to the International Criminal Court. The North Korean government continues to deny its findings and refuses to cooperate with the Office of the High Commissioner for Human Rights in Seoul or with Tomas Ojea Quintana, UN special rapporteur on the situation of human rights in North Korea.

On December 17, 2018, the UN General Assembly adopted a resolution without a vote condemning human rights in the North Korea. On March 22, 2019, the UN Human Rights Council (HRC) adopted without a vote a resolution emphasizing the advancement of accountability mechanisms to ensure eventual prosecution of North Korean officials responsible for crimes against humanity. As recommended by the COI and mandated by subsequent HRC resolutions, the UN High Commissioner for Human Rights continues to gather evidence of human rights abuses and crimes against humanity committed by the government.

In 2019, Kim Jong Un’s government continued to try to stop people from leaving North Korea without permission, by jamming Chinese mobile phone services at the border, targeting for arrest those communicating with people outside the country or trying to leave, and publicizing punishments imposed on persons caught escaping.

Networks that facilitate North Koreans’ escape to safe third countries report more Chinese government limits on their efforts, including an increase in random checks on roads, new technologies including electronic IDs, and other strict controls. They also report that North Korea continues to prevent people from leaving and to pressure the Chinese government to track down North Koreans and return them. In 2011, before the rise of Kim Jong Un, 2,706 North Koreans arrived in South Korea; only 1,137 arrived in 2018 and only 771 between January and September 2019.

The Ministry of People’s Security considers defection to be a crime of “treachery against the nation.” North Koreans forcibly returned by China face abuses that the UN Commission of Inquiry has condemned as crimes against humanity. Depending on the authorities’ assessments of what returnees did while in China, those returned can be sent to short-term detention facilities (rodong danryeondae), long term ordinary prisons (kyohwaso), or to North Korea’s horrific political prison camp system (kwanliso).

Since it is near certainty that such punishments await those who are returned, North Koreans fleeing into China should be protected under international law as refugees sur place. But the government of China continues to fail to meet its obligations to protect refugees as a state party to the 1951 Refugee Convention and its 1967 protocol. The government continues to send back North Koreans and deny permission to UN refugee agency officials to travel to border areas where North Koreans are present. On November 7, the South Korean government deported two North Korean fishermen to face murder charges in North Korea.

The North Korean government systematically requires forced, uncompensated labor from most of its population—including workers at state-owned enterprises or deployed overseas, women, children, and prisoners—to control its people and sustain its economy. A significant majority of North Koreans must perform unpaid labor, often called “portrayals of loyalty” at some point in their lives.

Ordinary North Korean workers are not free to choose their own job. The government assigns jobs to both men and unmarried women from cities and rural areas. In theory, they are entitled to a salary, but in many cases, these enterprises do not compensate them, forcing them to find other jobs to survive while paying bribes not to go to their officially assigned workplace. Failing to show up for work without permission is a crime punishable by three to six months in labor training camps (rodong dallyeondae).

North Korea is one of the only seven UN members states that has not joined the International Labour Organization (ILO) and during the UPR review, the government did not accept recommendations that it should join.

North Korea uses songbun, a socio-political classification system created at the country’s founding, that groups people into varying classes including “loyal,” “wavering,” or “hostile,” discriminating against lower classed persons in areas including employment, residence, and schooling. Pervasive corruption allows some maneuvering around the strictures of the songbun system, with government officials accepting bribes to allow exceptions to songbun rules, expedite or provide permissions, provide access to certain market activities, or avoid possible punishments.

Women in North Korea suffer widespread gender-based abuses in addition to the abuses suffered by the population in general. In detention facilities, security personnel have subjected women to rape and other sexual violence. Human traffickers and brokers, often linked to government actors, subject women to sexual exploitation and sexual slavery in China, including through forced marriage. Women face high levels of discrimination and sexual harassment and assault in the workplace, and constant exposure to government-endorsed stereotyped gender roles. State authorities engage in abuses against women and systematically fail to offer protection or justice to women and girls experiencing abuses.

China is the most influential international actor in North Korea. Most of North Korea’s energy supplies come from China and it is the country’s largest trading partner. China’s President Xi Jinping met twice with Kim, in January and June.

South Korea’s current Moon administration has not adopted a clear policy on North Korean human rights issues. The North Korean Human Rights Act, which came into effect in September 2016, specifically requires the government to implement the recommendations of the COI report, assist North Koreans who escaped their country, and research and publish status reports on human rights in North Korea. To date, however, South Korea has still not created a North Korea Human Rights Foundation, mandated by the law, to fund further investigations and action on rights abuses.

Moon met with Kim and President Trump in an impromptu summit on June 30, 2019, but did not publicly raise human rights issues during the session. On November 14, in the UN General Assembly’s Third Committee, the South Korean government withdrew its name from a list of more than 40 co-sponsors of a resolution condemning human rights abuses in North Korea, which they had co-sponsored annually since 2008.

Japan continues to demand the return of 12 Japanese citizens whom North Korea abducted in the 1970s and 1980s. Some Japanese civil society groups insist the number of abductees is much higher.

The United States government continues to impose human rights-related sanctions on North Korea, including targeted sanctions on government entities, as well as on Kim Jong Un and on several other top officials. On December 10, 2018, the Treasury Department added three senior North Korean officials to its sanctions list, and the State Department released a report on serious human rights abuses and censorship in North Korea. President Trump met twice with Kim in 2019, in February and June, but discussions were reportedly entirely limited to weapons proliferation issues.