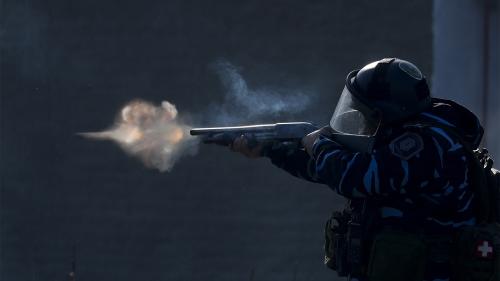 In December 2019, President Alberto Fernández took office. In March, he promised to send a bill to Congress to decriminalize abortion. The bill’s introduction was delayed due to the Covid-19 pandemic and, as of October, had not been introduced.

As of October 2020, Argentina had reported more than 1,130,000 confirmed Covid-19 cases and over 30,000 deaths. In March, the government imposed a mandatory, nationwide lockdown. While many provinces progressively lifted the restrictions, the Buenos Aires metropolitan region continued under partial lockdown at time of writing.

Pardons and amnesty laws shielding officials implicated in the 1976-1983 dictatorship’s crimes were annulled by the Supreme Court and federal judges in the early 2000s. As of September 2020, the Attorney General’s Office reported 3,329 people charged, 997 convicted, and 162 acquitted. Of 597 investigations into crimes against humanity, judges had issued rulings in 246.

As of August 2020, 130 people illegally taken from their parents as children during the dictatorship had been identified and many had been reunited with their families, according to the Abuelas de Plaza de Mayo, a human rights group.

The large number of victims, suspects, and cases of alleged crimes of the dictatorship makes it difficult for prosecutors and judges with limited resources to bring those responsible to justice. Argentine law allows judges to order house arrest for people age 70 and older who are in pretrial detention or have been convicted. The Attorney General’s Office reported in September 2020 that 659 pretrial detainees and convicted prisoners were under house arrest for alleged crimes of the dictatorship, including 37 who had been transferred in connection with the Covid-19 pandemic.

A 2018 United Nations report found that prisons and jails were so crowded that some pretrial detainees were being held in police stations. Prison guards had taken “disobedient” detainees to isolation cells without following established procedures, and security forces had detained and abused children, the report found.

More than half of the 11,570 detainees in federal prisons have not been convicted of a crime but are awaiting trial, the government reports.

Between March and April, federal courts transferred 320 detainees in federal prisons to house arrest to reduce prison overcrowding and prevent the spread of Covid-19. Similarly, the judiciary in the province of Buenos Aires transferred 800 people in provincial prisons to house arrest between March and April. In September, the National Penitentiary System reported that 13 detainees had died due to Covid-19 in federal prisons.

Between March, when a nationwide Covid-19 lockdown began, and August, the National Human Rights Secretary received 531 complaints of abuse by national and provincial agents enforcing measures to curb the spread of the virus, including 25 cases involving deaths.

In August, Facundo Astudillo Castro, 22, was found dead in Buenos Aires province. He had been missing since April, when police officers reportedly stopped him for violating the lockdown. In July, the press published a photo of Castro, handcuffed, standing next to a police car, before his disappearance. On September 3, media reported that the police found evidence that could belong to Castro inside a police car. In October, an autopsy revealed that Castro had died from “drowning,” apparently without the intervention of third parties. As of October, Prosecutors were investigating the case as an “enforced disappearance, followed by death.”

In June, the interim head of Argentina’s Federal Intelligence Agency presented evidence to a federal court that the agency had compiled profiles of more than 400 local and international journalists seeking accreditation to cover international summits in Argentina in 2017 and 2018. Profiles were classified by “ideology and political profile,” media reported, and journalists who did not meet “political criteria” were denied access to events. At time of writing, a court was investigating the role of a former director and deputy director of the intelligence agency in these alleged activities.

In 2015, former President Mauricio Macri adopted “temporary” decrees to modify a law adopted during the previous government to regulate media. Despite a stated commitment to adopt a new media law, one was never presented to Congress during the Macri administration. As of September 2020, the National Communications Entity (ENACOM), the agency charged with implementing these rules, was still reporting to the executive branch, compromising its ability to act independently.

In May and August, the government issued decrees establishing a price freeze on mobile data, fixed-line internet connection, and television services through the end of 2020, requiring ENACOM’s approval for tariff increases in 2021, and declaring these services as “essential and strategic public services.” The decree argued this measure is necessary to protect citizens’ access to information, freedom of expression, and children’s access to education during the pandemic.

A 2016 law created a national agency to ensure public access to government information and protect personal data. From 2017 to July 2020, individuals had filed 11,750 information requests. Authorities responded to most within a month, the legal deadline, but as of September 2020, citizens had filed 778 appeals, in most cases after authorities failed to respond by the deadline, according to official data.

In August 2020, the government initiated an overhaul of the country’s judiciary. The government appointed a “council of experts” to propose reforms to the Magistrate’s Council and Supreme Court, including increasing the number of Supreme Court magistrates. Some of the 11 experts have ties to officials under investigation. One of them is a lawyer for Vice President Cristina Fernández de Kirchner, who is facing multiple corruption charges but has immunity from arrest due to her position. The experts had not presented a reform proposal at time of writing.

As part of the overhaul, the government promoted legislation to create dozens of new criminal courts to be staffed by temporary judges until tenured judges are appointed—which often takes years. As of September, the bill was pending in the House of Representatives. The Senate had approved it.

For years, delays have left temporary judges, who lack security of tenure, in place. The Supreme Court ruled in 2015 that this undermines judicial independence. As of August 2020, 291 judgeships remained vacant.

In September, the pro-government majority in the Senate transferred three federal judges who had been working on cases investigating Vice President Fernández de Kirchner to posts they had previously held, in which they would no longer investigate those cases. The government argued that in 2018, former President Macri had unlawfully transferred these judges to these posts. In September, the Supreme Court suspended the Senate’s decision to transfer them back, while it analyzes the measure’s constitutionality. The case remained pending as of October.

Impunity for the AMIA Bombing

Twenty-six years after the 1994 bombing, which Argentine prosecutors have alleged was carried out by Iranian suspects, of the Argentine Israelite Mutual Association (AMIA) in Buenos Aires that killed 85 people and injured more than 300, court battles continue and no one has been convicted. Alberto Nisman, the prosecutor charged with investigating the bombing, was found dead in January 2015 with a gunshot wound to the head and a pistol beside him after he accused then-president Cristina Fernández de Kirchner of covering up Iran’s role in the attack. In June 2018, an appeals court held Nisman’s death appeared to be a murder. As of September 2020, no one had been convicted of Nisman’s murder.

In March 2018, an appeals court upheld a decision ordering the pretrial detention of now-Vice President Kirchner for allegedly conspiring with Iranian officials to undermine the bombing investigation during her previous presidency. She had immunity from arrest, first as a senator, and now as vice president. In December 2019, a federal court overturned the pretrial detention order.

In February 2019, former President Carlos Menem was acquitted of interference in the investigation into the AMIA bombing, while a former head of intelligence and a judge were convicted. In September 2020, a federal prosecutor appealed Menem’s acquittal.

In November 2017, Congress approved a law extending the deadline for completing a survey of indigenous lands to 2021. The survey is being conducted, slowly.

In April 2020, the Inter-American Court of Human Rights issued a landmark ruling upholding the rights to a healthy environment, land, water, and cultural identity of 132 indigenous communities in Salta province—ordering Argentina to cede 4,000 square kilometers of land to the communities.

For years, the Justice Ministry has published the personal data of children with open arrest warrants online—a practice that runs counter to children’s rights. The Buenos Aires city government has loaded the images and identities of these children into a facial recognition system used at the city’s train stations, despite significant errors in the national government’s database and the technology’s higher risk of false matches for children.

In October, in response to a letter from Human Rights Watch, the Ministry of Justice blocked access to the public national database, saying that it would conduct an “audit” of it.

Abortion is illegal in Argentina, except in cases of rape or when the life or health of the pregnant person is at risk. Even in such cases, pregnant people face obstacles to legal abortion and are sometimes subject to criminal prosecution. A bill to decriminalize abortion completely during the first 14 weeks of pregnancy and, after that period, to allow termination of pregnancies in specific circumstances was approved by the House of Representatives but rejected by the Senate in 2018.

Despite a 2009 law detailing comprehensive measures to prevent and prosecute violence against women, their unpunished killing remains a serious concern. The National Registry of Femicides, administered by the Supreme Court, reported 268 femicides—the murder of women based on their gender—but only 7 convictions, in 2019.

During the Covid-19 lockdown, reports of domestic and sexual violence to a government hotline increased by 24 percent between April and June compared to the same period the previous year, the government reported in August.

In 2010, Argentina became the first Latin American country to legalize same-sex marriage. The Civil Marriage Law allows same-sex couples to enter civil marriages and affords them the same marital protections as different-sex couples. Since 2010, more than 20,000 same-sex couples have married.

In 2012, Argentina passed a Gender Identity Law, respecting self-identification. It allows anyone to change their gender and name in their identity card and birth certificate through a simple administrative procedure.

In September 2020, President Alberto Fernández issued a decree establishing that at least one percent of employees in the federal government should be transgender people.

In February 2020, the UN Committee on the Protection of the Rights of all Migrant Workers and Members of their Families voiced concern, in its concluding observations on Argentina, about a 2017 decree that is inconsistent with international standards, including through a process of summary expulsion of foreigners.

In August 2020, Argentina said that the rejection by the secretary general of the Organization of American States (OAS) of an executive secretary, whom the Inter-American Commission on Human Rights (IACHR) had unanimously selected, undermined the “legitimacy and effectiveness” of the regional human rights system.

Argentina remains a member of the Lima Group, a coalition of governments that monitors Venezuela’s poor human rights record and has called for the release of political prisoners, but it did not sign the group’s statements in 2020. In August, Argentina joined the International Contact Group on Venezuela, a coalition of European and Latin American governments seeking to achieve democratic elections in Venezuela.

The number of Venezuelans moving legally to Argentina has steadily increased since 2014, reaching more than 207,000 as of July 2020. Argentina has largely facilitated their legal stay in the country.

As a member of the UN Human Rights Council, Argentina has supported United Nations scrutiny of rights violations in Belarus, Syria, Iran, and Nicaragua. In October 2020, Argentina voted in favor of a UN Human Rights Council resolution that condemned human rights abuses in Venezuela, extended the mandate of a UN fact-finding mission that had reported crimes against humanity were committed in Venezuela, and required the UN High Commissioner for Human Rights to continue its periodic reporting on the human rights situation there, despite prior statements by Argentina’s ambassador to the OAS criticizing the fact-finding mission’s report.