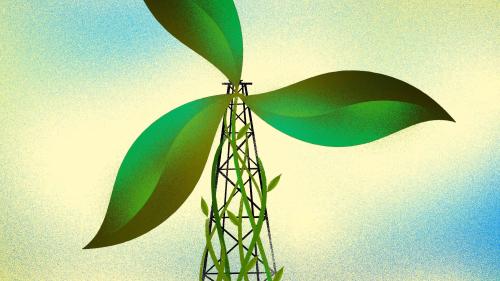 While the Covid-19 pandemic dominated the news for much of 2020, climate change—the other global crisis threatening catastrophic impacts on peoples’ lives—has continued to gain ground. The pandemic itself may have temporarily limited some activities such as aviation, which contribute to greenhouse gas emissions, but governments have largely squandered the opportunity to accelerate more meaningful emissions reductions in their economic policies. In 2021, governments will need to do much better, and there are some reasons to be hopeful they might.

In 2020, there were devastating floods in the Philippines, destructive wildfires in California, deadly heatwaves in Southern Africa, and a record-breaking hurricane season in Central America. These and other events amplified by climate change are taking a mounting toll on lives and livelihoods, especially of marginalized populations.

In 2020, Human Rights Watch documented how climate change in Canada is depleting Indigenous peoples’ access to traditional food sources and contributing to a growing problem of food poverty. In Colombia, we showed how more frequent droughts are worsening malnutrition among Indigenous children. In the United States, we exposed how extreme heat is linked to adverse birth outcomes, including preterm birth.

These climate-related harms have profound impacts on the realization of people’s basic human rights.  And they are only a few of the growing impacts around the world that are expected to intensify as temperatures continue to rise in coming years.

The consensus among scientists is that it will be catastrophic if we fail to keep global temperatures from rising more than 1.5C above pre-industrial levels. It is still possible to prevent such an outcome, but only if we are able to rapidly transition away from fossil fuels like coal, gas, and oil, toward renewable energies like wind and solar.

Despite this consensus, fossil fuels continue to dominate energy markets for several reasons. Most governments actively support the fossil fuel sector through subsidies and tax-breaks, which do not benefit those populations most impacted by climate change. Inadequate environmental regulations and little accountability for clean-up also mean that companies can externalize the true cost of fossil fuels, i.e. avoid paying for the environmental, health, and economic impacts.

The choices governments make about where to direct funds to stimulate and support a post-Covid-19 recovery could be a game changer to enable rapid transition to renewable energy, and to protect the rights of those impacted by the Covid-19 and climate crises. However, to date, too many governments have chosen to double down on their support for fossil fuels. Canada, one of the world’s top -10 greenhouse gas emitters, increased government fossil fuel subsidies, with sums of over US$14 billion, as part of its Covid-19 recovery. The US has spent at least $72 billion of its Covid-19 recovery funds supporting fossil fuels, while only $27 billion went to support cleaner energy. The European Union, despite committing to reducing fossil fuel dependence as part of its European Green Deal, continued to subsidize fossil fuels by at least US$165 billion per year.

What hope is there that 2021 will be different?

First, governments will have new opportunities to prioritize renewable energy sources over fossil fuels as they inevitably roll out more Covid-19 stimulus packages. This time they can make wiser choices about which sectors of the economy they need most to support to protect the lives and wellbeing of their populations in the longer term.

Second, all governments are due to scale up their domestic climate action plans to meet the goals of the 2015 Paris climate agreement. Very few complied with the 2020 deadline for doing that, but with the next global climate summit approaching in November 2021, there is increased pressure to be more ambitious. If governments choose to use their continuous Covid-19 spending to support a just transition, they will be able to submit plans that help save both their economies and the climate.

Lastly, the world’s two largest greenhouse gas emitters seem poised to take more ambitious climate action. Incoming US President Joe Biden has promised that the US, the world’s second-biggest emitter, will re-join the Paris Agreement, reach net zero emissions by 2050, and redirect fossil fuel subsidies to renewables. China, the world’s top emitter, in September pledged to reach net zero emissions before 2060. It remains to be seen how serious these big emitters are about meeting these commitments. But the pledges will in themselves increase the pressure on other top emitters to meet their carbon neutrality goals.

If the top ten emitters don’t, we’ll lose another crucial year. And the threat of catastrophic consequences will intensify; for Indigenous peoples in northern Canada, pregnant people exposed to heat in the US, and Indigenous children in Colombia. For other marginalized populations around the globe, and ultimately for all of us.